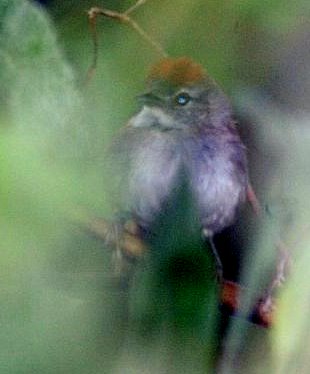 We describe a new species of spinetail, Synallaxis beverlyae (RÃ­o Orinoco Spinetail), from river island scrub in the lower and middle sections of the main river channel of the RÃ­o Orinoco in Venezuela and adjacent Colombia. This taxon has been overlooked previously because river islands were not examined by earlier collecting expeditions. In plumage the species is closest to the widespread Pale-breasted Spinetail (S. albescens), but in vocalizations it is most similar to Dark-breasted Spinetail (S. albigularis), Cinereous-breasted Spinetail (S. hypospodia), and Spix’s Spinetail (S. spixi). The new species is, as far as we know, restricted to scrubby river island vegetation and adjacent river edges that are subject to seasonal inundation. It is presently known only from two well-separated areas but is likely to occur on appropriate intervening islands. The restricted range and narrow ecological requirements of S. beverlyae are a conservation concern.
← Previous Post
Next Post →