Source to all birds on the Planet
admin
Africa, Pteroclididae, Pteroclidiformes
Comments 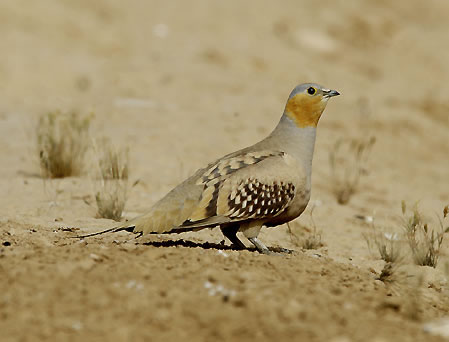 Listen to the sound of Spotted Sandgrouse

Semi-desert and desert, with patches of vegetation. Usually avoids thick scrub, trees and arable land, occupying both stony and asndy areas. Drinking water is required nearby.