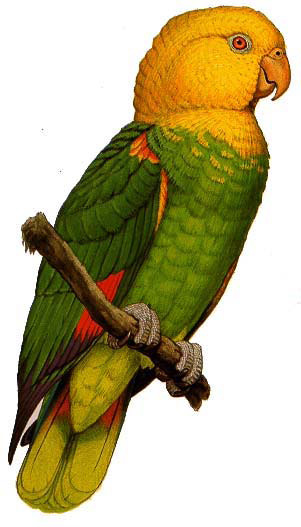 They nest in holes in tree trunks or fallen branches.