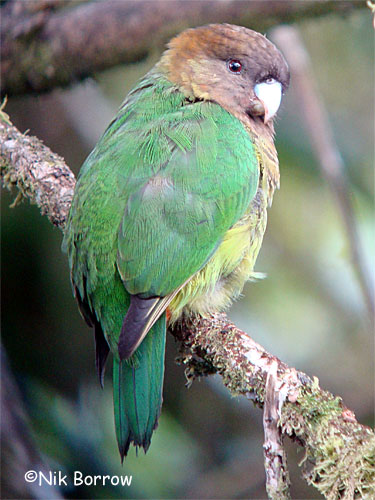 Listen to the sound of Modest Tiger Parrot

Found from 1700-2800m in montane rainforest, moss forest, forest edge and secondary growth forest. Is a quiet bird found singly or in pairs, creeping slowly through the mid or lower storey forest. Is fairly approachable in the wild, only flying a short distance away when disturbed.