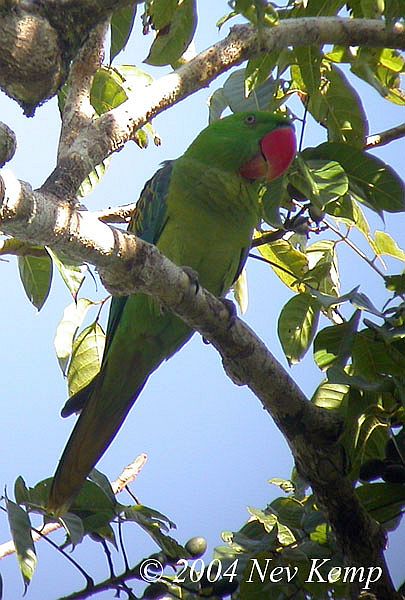 Listen to the sound of Great-billed Parrot

Will congregate in groups of up to a dozen birds while feeding; call loudly while in flight. Communal roosting. Diet consists of fruit and nuts.

Resident but seems to trvel beteen Islands in search of food.