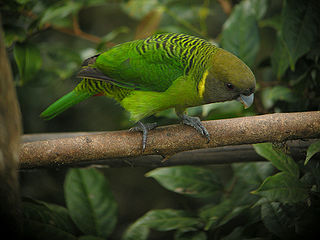 Listen to the sound of Brehms Tiger Parrot

Feeds on or near the ground although they are found at higher levels as well. Diet includes seeds and berries from conifers and podocarps.

No data, probably resient with some altitudinal movements