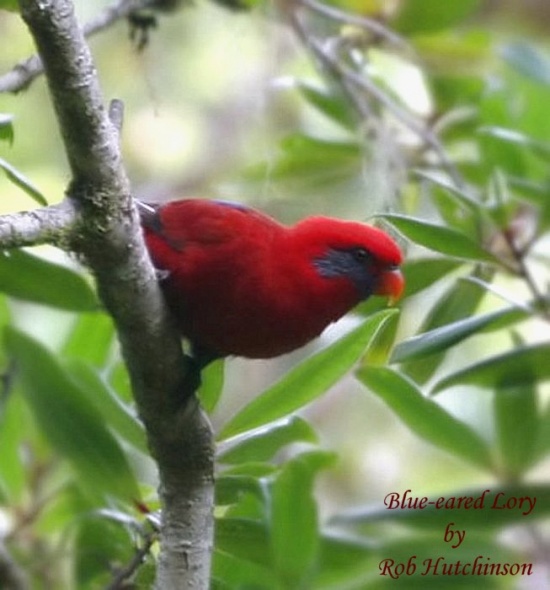 It feeds on flowering trees, including tree-heathers above the tree-line. The flocks are small.