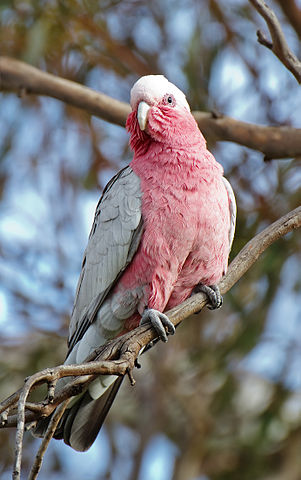 The classification of the Galah was difficult. It was separated in the monotypic genus Eolophus, but the further relationships were not clear. There are obvious morphological similarities between the galah and the white cockatoos that make up the genus Cacatua and indeed the galah was initially described as Cacatua roseicapilla. Early DNA studies allied the galah with the cockatiel or placed it close to some Cacatua species of completely different appearance. In consequence, it was thought that the ancestors of the galah, the cockatiel and Major Mitchell’s Cockatoo diverged from the main white cockatoo line at some stage prior to that group’s main radiation; this was indeed correct except for the placement of the cockatiel. Ignorance of this fact, however, led to attempts to resolve the evolutionary history and prehistoric biogeography of the cockatoos, which ultimately proved fruitless because they were based on invalid assumptions to start with.

Listen to the sound of Galah

Australasia : Australia. Galahs are found in all Australian states, and are absent only from the driest areas and the far north of Cape York Peninsula. It is still uncertain whether they are native to Tasmania.

Found in variety of areas including woodland, savanna, and cultivated areas; does not occur in dense forest. Up to 1600m (5248 ft).

Galahs rarely reach maturity and breed before their fourth year. A female galah that breeds too early is prone to become egg bound. Galahs usually breed in hollow logs on eucalyptus tree. The galahs will line the nest with eucalypt leaves. Galahs usually lay between 2 to 5 eggs. Both the male and female bird will take turns incubating (sitting on) the eggs. The galah eggs will hatch in approximately 30 days. Again both the male and female galah will take turns brooding and feeding the babies. A parent galah will feed a baby galah by regurgitating food it has eaten prior into the baby?s mouth. After six to seven weeks a baby galah should be able to fly and leave the nest. Its parents will continue to support it for a few more weeks until it can fend and feed itself. Then the parent galahs usually become quite hostile, chasing away and disassociating themselves with their offspring. The juvenile galahs will then join a flock of other juvenile birds until they reach breeding maturity (about 4 years). The galahs will then pair off and the cycle begins again.

Forages up to 15km (9 mi) from nest site; non-breeding or post breeding birds may go further. Gathers in large, raucous groups with other cockatoos. Mainly feeds on seeds, such as oats and grass, and some insect larvae, berries, buds, flowers and eucalyptus seeds.

The Galah is a sedentary bird 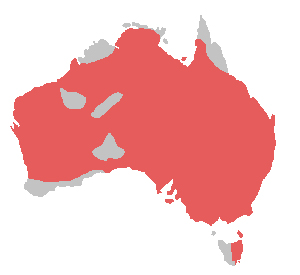