Listen to the sound of Black Woodpecker

Favours tall trunks of climax forest, especially of mixed beech and fir, or of pure beech, but also of larch, spruce, Arolla pine, and other broad-leaved or coniferous trees, preferably well spaced but forming extensive unbroken forest. Also occurs in smaller stands separated from major forest by up to c. 4 km, and in winter wanders more widely, even to woodland near towns.

Egg laying in Central Europe from early April. Up to two weeks later in Scandinavia and northern Russia, one brood only. Site is a hole in tree or, less often, telegraph post. Wide variety of trees chosen, especially beech, pine, spruce, poplar, birch, willow, and alder. Height above ground 4-25 m. Nest is an excavated hole, with oval entrance 11-12 cm; depth 37-60 cm. Unlined, or with unremoved chips. Clutch size is 4-6 eggs incubated for 12-14 days, the young fledge after 24-28 days. 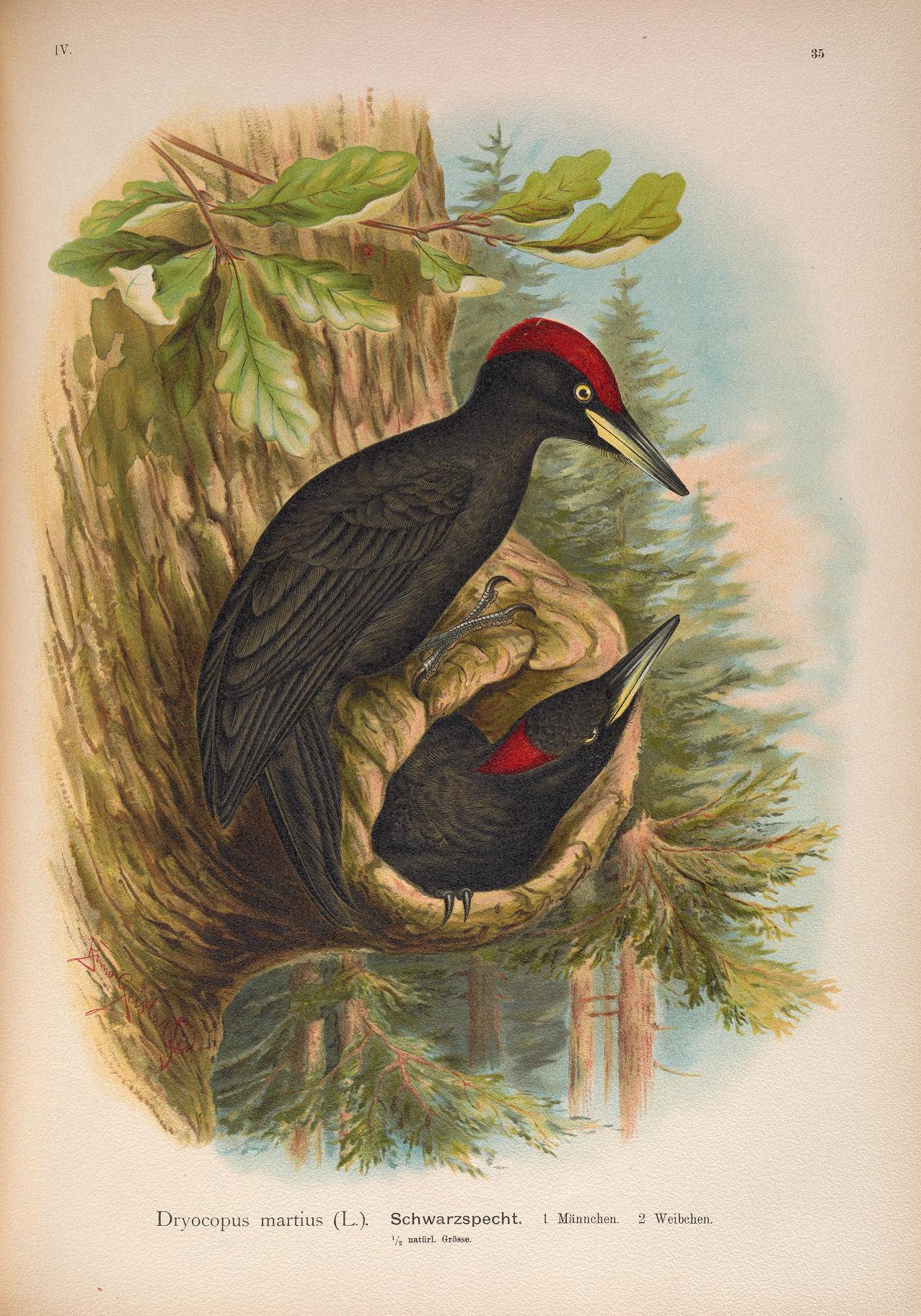 The population size is extremely large, and hence does not approach the thresholds for Vulnerable under the population size criterion (<10,000 mature individuals with a continuing decline estimated to be >10% in ten years or three generations, or with a specified population structure). For these reasons the species is evaluated as Least Concern.
Dryocopus martius is a widespread resident across much of Europe, which accounts for less than half of its global range. Its European breeding population is large (>740,000 pairs), and was stable between 1970-1990. Although there were declines in a few countries during 1990-2000, most populations?including the Russian stronghold?were stable or increased, and the species remained stable overall.
This large woodpecker has a wide distribution in deciduous, mixed and coniferous forests of Eurasia, from Spain and Scandinavia to China and Kamchatka. During the twentieth century it has extended its breeding area to western France, Belgium, the Netherlands and Denmark. This expansion is probably linked to the fact that the extensive conifer plantations in these areas have become mature. Elsewhere populations seem to be quite stable, and the total population of the European Union (12 Member States) is currently estimated at 90000-100000 breeding pairs

Resident in breeding range, but juveniles can disperse quite far.