Source to all birds on the Planet
admin
Passeriformes, South America, Tyrannidae
Comments 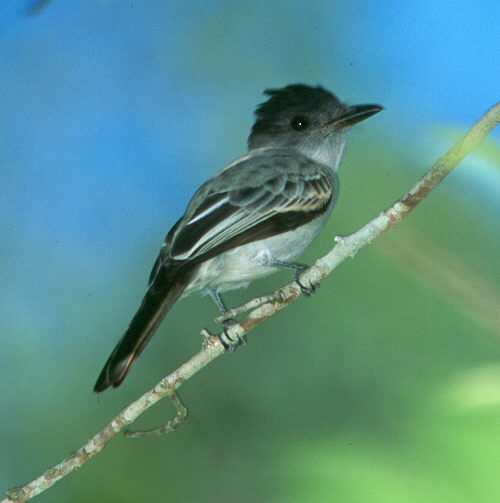 There are some differences in plumage between the subspecies but all have a black crown with a generally raised crest and grey to white underparts.

Listen to the sound of Sirystes

Its natural habitat is the canopy of subtropical or tropical moist lowland forests. Also in forest and secondary woodlands.

Nest is built high up in a tree cavity. Both parents care for the nestlings bringing insects. No further details.

Forages mostly in pairs for insects by perching and hover-gleaning insects from foliage. Will also take fruit.

This species has a large range, with an estimated global extent of occurrence of 6,900,000 kmÂ². The global population size has not been quantified, but it is believed to be large as the species is described as ‘frequent’ in at least parts of its range (Stotz et al. 1996). Global population trends have not been quantified, but the species is not believed to approach the thresholds for the population decline criterion of the IUCN Red List (i.e., declining more than 30% in ten years or three generations). For these reasons, the species is evaluated as Least Concern.