Source to all birds on the Planet
admin
Furnariidae, Passeriformes, South America
Comments 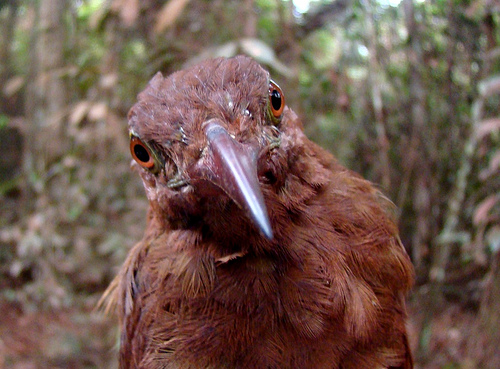 Little known. Nest is in a cavity or old nest ner the top of an old tree stump. likely to have only one egg. After fledging the young is dominant over the male parent, but not the female. Rareness of species suggests low breeding success rate.

It lives alone or in pairs, also joining mixed-species flocks, and is very difficult to spot. As the dominant (largest) species among the various birds that follow army ants, it obtains the best feeding places. Diet consists of anthropods like ants and wasps, sometimes small vertebrates are taken. Sallies for prey to ground or gleans insects from bark. Moslty found near or over ant armies.