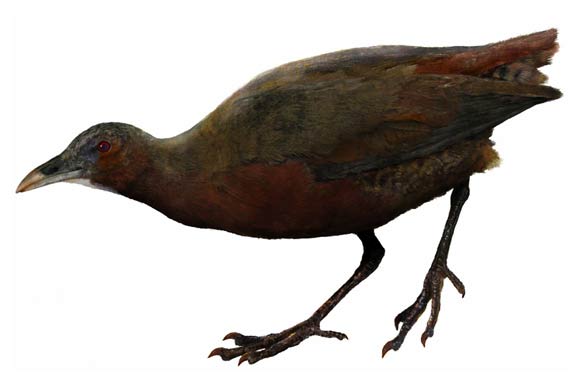 Researchers from Madagascar and the United States have described a new species of forest-dwelling rail. The new bird was named Mentocrex beankaensis, with the genus Mentocrex being endemic to Madagascar and the new species beankaensis being coined after the type locality, the Beanka Forest in western central Madagascar. This species was distinguished from another in the same genus, known from the eastern portion of the island, based on aspects of size, plumage, and DNA [text wildlifeextra.com].

[abstract from article] We examine patterns of morphological and molecular genetic differentiation in the endemic Mentocrex kioloides complex of Madagascar. This forest-dwelling rail (often placed in Canirallus) is known from two subspecies: M. k. kioloides, which occurs in the islandâ€™s humid central and eastern forests; and M. k. berliozi, which occurs in the transitional dry deciduous humid forests of the northwest. Two new specimens (an adult and a downy young) recently became available from limestone karst areas of the lowland central west, the adult of which is notably different in size and plumage coloration, as well as showing considerable genetic divergence, from the two recognized subspecies of M. kioloides. The central west animals are herein named as a species new to science, Mentocrex beankaensis, sp. nov.