[text by Steve Boyes, National Geographic Newswatch]
Up until this year, an estimated 120,000 â€“ 140,000 Amur falcons (Falco amurensis) were being slaughtered in a remote part of north-eastern India at this exact time each year. In 2012, Shashank Dalvi and Ramki Sreenivasan documented this shocking massacre as tens of thousands of migrating falcons congregate along the banks of the Doyang reservoir in Wokha district of Nagaland. Everyday thousands of beautiful Amur falcons were being caught in mist nets, plucked alive, skewered, and then smoked before transport to market for sale as a cheap source of protein. The global population of this record-breaking aviator and natural wonder would have been depleted had this slaughter in Nagaland been allowed to continue. This year no Amur falcons have been killed so farâ€¦ 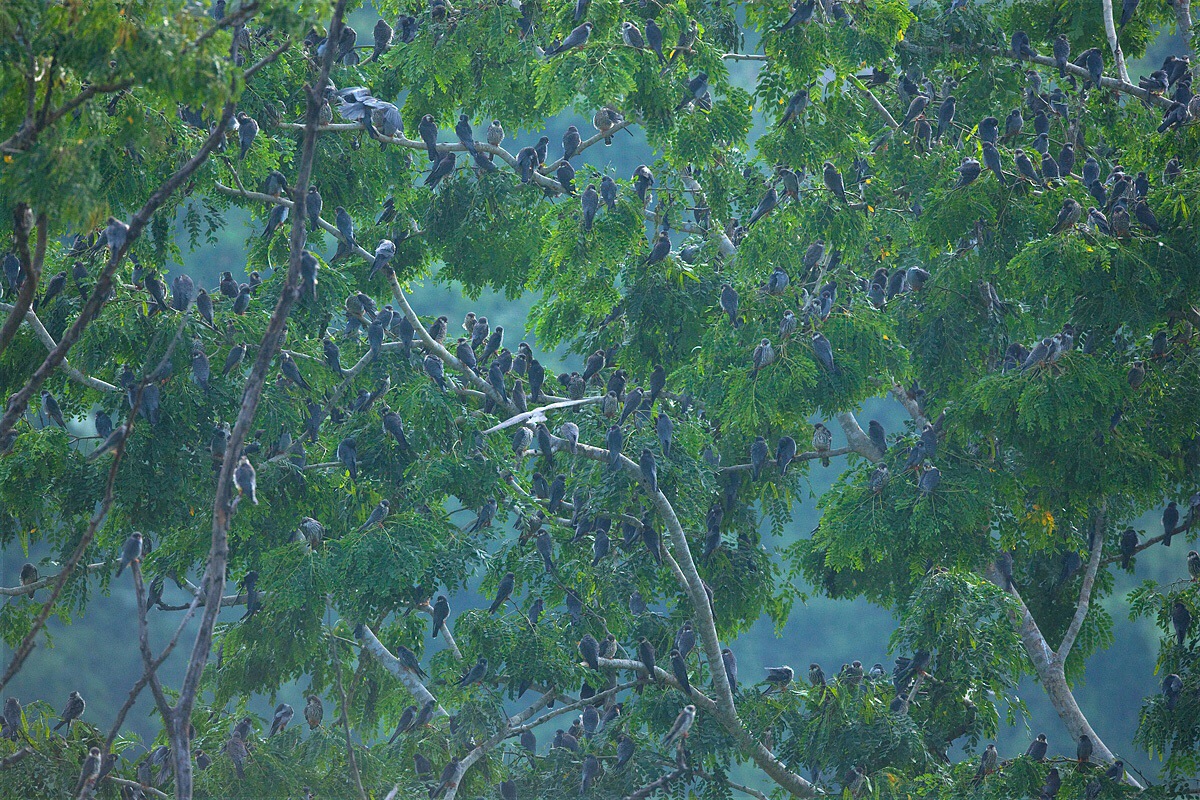 Flight of the little aviatorâ€¦

This accumulation of Amur falcons is the largest aggregation of these falcons along their vast migration route from Siberia through this gap in the Himalayas all the way to Somalia, Kenya and eventually South Africa. They cover this 22,000 kilometres round trip every year, undertaking the longest sea crossing of any raptor twice a year during their 4,000 km crossing of the Indian Ocean between Africa and India. This amazing transoceanic flight can takes weeks and includes many long nights flying and navigating in the dark. Truly extraordinary! A bird that weighs about 150g has enough strength, stamina and bodily reserves to fly more than half way around the world. This is an achievement for life itself and should be celebrated wherever it is encountered. It is a wonderful fact that there are other species that consider the entire planet to be their natural habitat.

A swift reaction by Conservation India publicised the shocking harvest of thousands of migrating Amur falcons and mobilised conservation action by local government and communities, as well as local and international NGOs, researchers and wildlife enthusiasts. In India, the Nagaland Wildlife & Biodiversity Conservation Trust (NWBCT) partnered with the Government of Nagaland and local communities to establish the â€œFriends of the Amur Falconâ€ campaign to establish the falcons as a source of pride in the community. Local experts working with local governments and local communities to find local solutions for a conservation crisis.

Are the falcons being targeted elsewhere?

Shashank Dalvi of Wildlife Conservation Society (WCS â€“ India), Bangalore, is leading a survey team of volunteers across locations in North-East India where the falcons have been seen in the past, recording their numbers, routes, and roosts, as well as potential hunting pressures. The results from this research expedition are eagerly awaited.

Friends of the Amur Falcon

The success of the NWBCTâ€™s initiative was the development of a teaching manual for Amur falcon conservation. They held an intensive 4-day â€˜Under the Canopyâ€™ programme that trained around 20 teachers about how amazing the falcon migration really was. These teachers, have created and today run four EcoClubs in Sungro, Pangti and Doyang, where children are taught about these extraordinary falcons. The children make up songs, learn about conservation, and take this information home to their families. This is the only way to support the long-term sustainability of community conservation projects such as â€Friends of the Amur Falconâ€.

On November 7th, three Amur falcons were satellite-tagged with 5g transmitters in Nagaland as part of a collaboration between scientists from the Wildlife Institute of India, Ministry of Environment and Forests, Convention on Migratory Species, United Nations Environment Programme, Environment Agency-Abu Dhabi, and the Nagaland Forest Department. By the 14th, a week alter, two were over the Arabian Sea on a non-stop trans-oceanic flight and the third was over the Bay of Bengal! Right now the falcons must be flying into Ethiopia to start their progression down Africaâ€¦

Amur falcons were first satellite tracked along their migration route from Newcastle (South Africa) back to Mongolia in 2010. Prof. Bernd-Ulrich Meyburg, the Chair of the World Working Group on Birds of Prey, and his team satellite-tagged 10 Amur falcons in South Africa as part of a ground-breaking attempt to track their epic migration. One of the females flew 14,560km at an average of 50km/h. Astonishingly, she flew 5 912km non-stop from Newcastle to Mongolia in 5 days. A 150g raptor was able to across the world in 5 days, teaching us that we are one global community.

Did we learn from the passenger pigeon?

Remember the passenger pigeon of the United States? No one does anymore. They were shot or captured en masse, plucked, often skewered, and most of the time smoked before distribution to market. Today, hundreds of thousands of African green pigeons (Treron calvus) in the Democratic Republic of Congo (DRC) are being caught in nets on the ground in salty mud, plucked alive, skewered, and smoked in a similar fashion to the falcons. Millions of migrating birds are caught in nets for sale as delicacy in Egypt alone. Migrating waterbirds are being caught in unfathomable numbers in southern China where remote communities appear to specialise in capturing wild birds in vast networks of nets and pit traps. Irreparable damage is being done to bird populations around the world. The time has passed for identification and monitoring. We are entering a time of necessary action if we are to save the grand birdlife of this blue-and-green planet.

This decade we will see a movement towards the establishment of a global network of conservationists, environmentalists and researchers that identify problems and coordinate swift, well-coordinated conservation actions. Social and digital media have revolutionised the way in which people share and consume information, learning about the world through the eyes of our friends and colleagues. We are seeing the establishment of massive social media networks linked to brands and celebrities, all with the power to influence the actions of hundreds of millions of people around the world. The modern conservationist needs to be informed by academia and conservation societies. Always being informed by science and peer-review guarantees long-term sustainability and support. These new conservationists also need to be empowered by the media and have access to established social networks. This is a powerful combination. 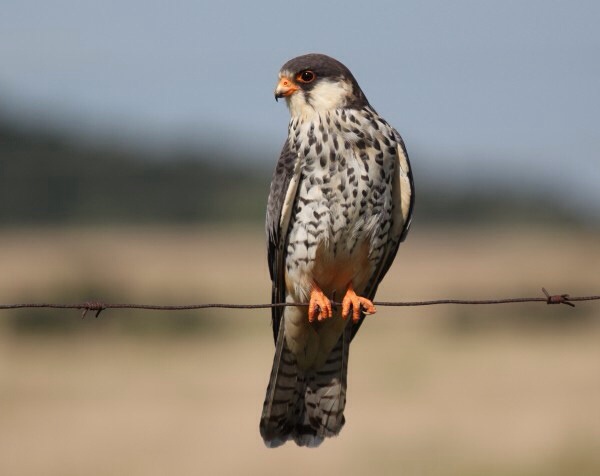