Source to all birds on the Planet
admin
folklore, Hydrobatidae
Comments

Mother-Cary’s chicken or Leach’s petrel is well known to the Indians of this region who frequently make protracted voyages in their frail canoes miles from the coast-line among the islands lying off the mouth of the Penobscot and Kennebec rivers. These little birds are correctly named from their habit of obtaining nourishment by scooping animal matter from the tops of waves as they patter over them in flight.

Their English name petrel has evidently evolved from this appearance of walking on the surface of the water. The Penobscot name for them is “picking up grease (while skimming over the water).” For all of the these feathered tribes the Indians have great respect. None of them is killed or disturbed, because its flesh in not considered palatable except in times of famine. 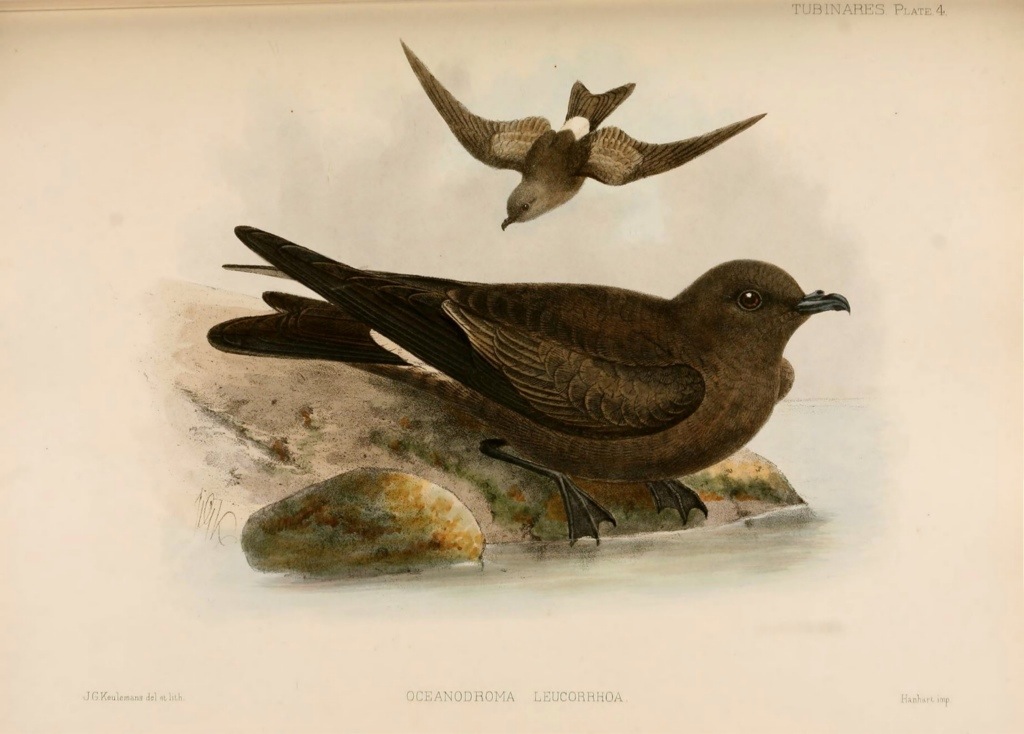