The eagle is often seen sitting on the bank of a stream and will remain there sometimes for hours together. It is known that at these times she is watching for a salmon to swim so close to the bank that she can seize him with the talons of one foot while retaining hold of the bank with the other. She estimates the strength of the approaching salmon carefully, and if she considers that he is probably too strong for her to lift from the river she will allow him to pass. Occasionally she misjudges a fish, however, and is unable to pull him out of the river, but her claws are so shaped that she can let go of neither the salmon nor the bank (the latter of which would be fatal, anyway) while the strain lasts, and thus assa often gets into a pitiable plight. Nothing can augur better for a man’s future prosperity and good fortune than to rescue assa from her predicament, while one who sees the struggle and does not help the bird will be unfortunate in whatever he undertakes.

The eagle is dependent upon human good will in many ways, and especially in this, that her hooked beak often grows so long and becomes so curved that she is unable to eat or even to open her mouth. A man who finds an eagle whose beak is curved below her lower jaw, so she cannot open her mouth, should take assa and whittle off the beak down to normal size. To do this is as sure a precursor of good fortune as to rescue her from a too powerful salmon. 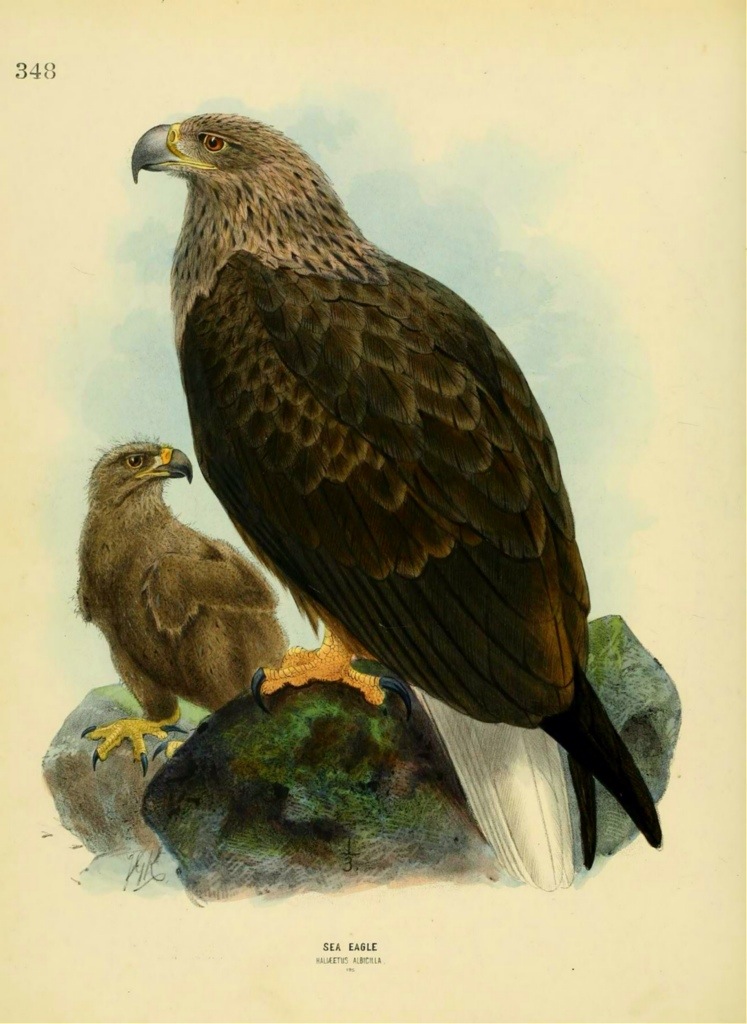 Ordinarily nothing but eagles are hatched from eagles’ eggs, but if a little gold is placed in the nest there comes from one of the eggs a stone of wonderful virtue, and from the other a fearful dragon. The stone has the power to deliver any woman easily of child, or, as some say, to make the possessor of it invisible. Many people have been skeptical of these stories about assa, and once a man named John determined to place a bit of gold in the nest to test the stories. Many warned him against this, but without effect, and the gold piece was placed with the two eggs.

The people of the neighborhood were fearful of the consequences, but John boastfully declared that he would take care of the dragon if it appeared, for he was a great hunter and an excellent shot. After some weeks the people were one day horrified to see a great dragon come flying from the mountains, seize a two-year-old colt in its claws, and fly back again in among the crags. John was told about this, and he at once set out to destroy the monster. Some days afterwards he returned and reported the dragon slain, but only after difficult and persistent pursuit. Ordinary missiles had been unable to wound the monster; finally he had cut the silver buttons off his jacket and loaded the gun with them, made the sign of the cross over the muzzle, and with this charge the beast had been killed.

Virtues connected with the eagle are sometimes misused by designing persons. It is well known that if a man sleeps upon a pillow containing an eagle feather he can be easily deceived in any manner the next day and may thus be taken advantage of. This feather should be cut, preferably, from the left wing. The feather is put to a more useful purpose when one of the large wing feather stems is taken and a child made to drink milk through it. This strengthens the child’s memory greatly. The claw of assa is also valuable to place in the bellows-handle in a smithy to prevent any danger of the place burning down. 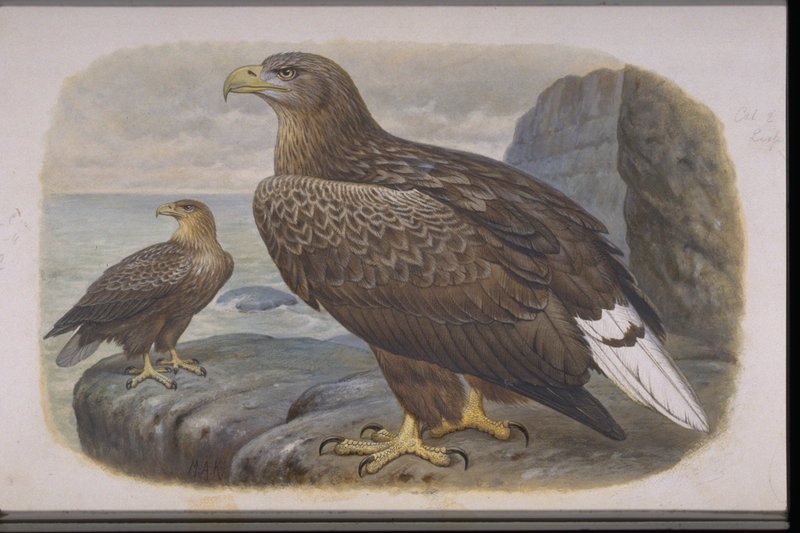