Source to all birds on the Planet
admin
folklore, Thraupidae
Comments

A Raccoon passing a Wolf one day made several insulting remarks, until at last the Wolf became angry and turned and chased him. The Raccoon ran his best and managed to reach a tree by the river side before the Wolf came up. He climbed the tree and stretched out on a limb overhanging the water. When the Wolf arrived he saw the reflection in the water, and thinking it was the Raccoon he jumped at it and was nearly drowned before he could scramble out again, all wet and dripping. He lay down on the bank to dry and fell asleep, and while he was sleeping the Raccoon came down the tree and plastered his eyes with dung.

When the Wolf awoke he found he could not open his eyes, and began to whine. Along came a little brown bird through the bushes and heard the Wolf crying and asked what was the matter. The Wolf told his story and said. “If you will get my eyes open, I will show you where to find some nice red paint to paint yourself.” “All right,” said the brown bird; so he peeked at the Wolf’s eyes until he got off all the plaster. Then the Wolf took him to a rock that had streaks of bright red paint running through it. and the little bird painted himself with it, and ever since been a Red-bird. 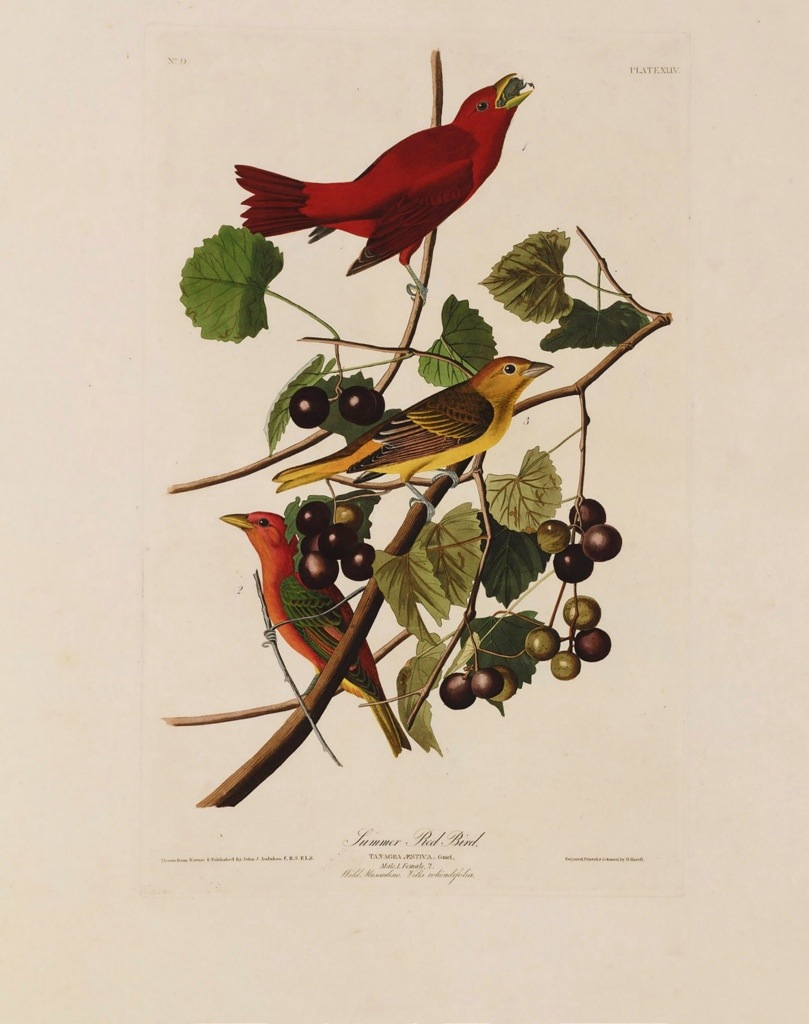