Some old men say that the Kingfisher was meant in the beginning to be a water bird, but as he had not been given either web feet or a good bill, so he could not make a living. The animals held a council over it and decided to make him a bill like a long sharp awl for a fish-gig (fish-spear). So they made him a fish-gig and fastened it on in front of his mouth. He flew to the top of a tree, sailed out and darted down into the water, and came up with a fish on his gig. And he has been the best gigger ever since.

Some others say it was this way: A Blacksnake found a Yellowhammers nest in a hollow tree, and after swallowing the young birds, coiled up to sleep in the nest, where the mother bird found him when she came home. She went for help to the Little People, who sent her to the Kingfisher. He came, and after flying back and forth past the hole a few times, made one dart at the snake and pulled him out dead. When they looked they found a hole in the snake’s head where the Kingfisher had pierced it, with a slender fish, which he carried in his bill like a lance. From this the Little People concluded that he would, make a first-class gigger if he only had the right spear, so they gave him his long bill as a reward. 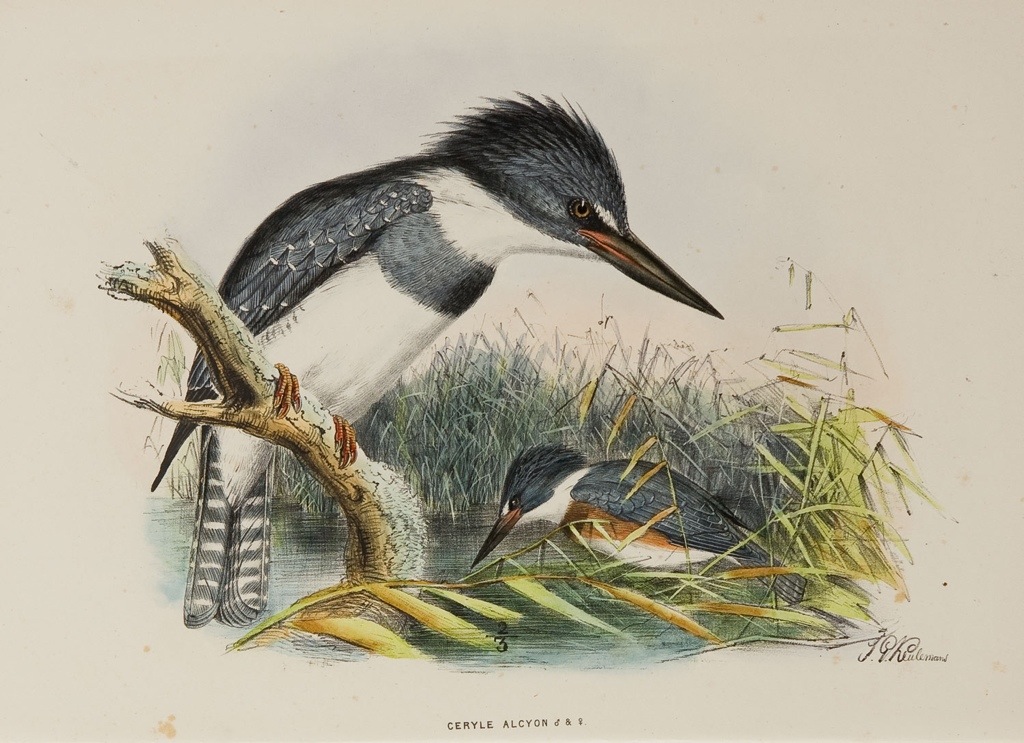