Bleargah the hawk, mother of Ouyan the curlew, said one day to her son: “Go, Ouyan, out, take your spears and kill an emu. The women and I are hungry. You are a man, go out and kill, that we may eat. You must not stay always in the camp like an old woman; you must go and hunt as other men do, lest the women laugh at you.”

Ouyan took his spears and went out hunting, but though he went far, he could not get an emu, yet he dare not return to the camp and face the jeers of the women. Well could they jeer, and angry could his mother grow when she was hungry. Sooner than return empty-handed he would cut some flesh off his own legs. And this he decided to do. He made a cut in his leg with his comebo and as he made it, cried aloud: “Yuckay! Yuckay,” in pain. But he cut on, saying: “Sharper would cut the tongues of the women, and deeper would be the wounds they would make, if I returned without food for them.” And crying: “Yuckay, yuckay,” at each stroke of his comebo, he at length cut off a piece of flesh, and started towards the camp with it.

As he neared the camp his mother cried out: “What have you brought us, Ouyan? We starve for meat, come quickly.”

He came and laid the flesh at her feet, saying: “Far did I go, and little did I see, but there is enough for all to-night; to-morrow will I go forth again.”

The women cooked the flesh, and ate it hungrily. Afterwards they felt quite ill, but thought it must be because they had eaten too hungrily. The next day they hurried Ouyan forth again. And again he returned bringing his own flesh back. Again the women ate hungrily of it, and again they felt quite ill.

Then, too, Beeargah noticed for the first time that the flesh Ouyan brought looked different from emu flesh. She asked him what flesh it was. He replied: “What should it be but the flesh of emu?”

But Beeargah was not satisfied, and she said to the two women who lived with her: “Go you, to-morrow, follow Ouyan, and see whence he gets this flesh.”

The next day, the two woman followed Ouyan when he went forth to hunt. They followed at a good distance, that he might not notice that they were following. Soon they heard him crying as if in pain: “Yuckay, yuckay, yuckay nurroo gay gay.” When they came near they saw he was cutting the flesh off his own limbs. Before he discovered that they were watching him, back they went to the old woman, and told her what they had seen.

Soon Ouyan came back, bringing, as usual, the flesh with him. When he had thrown it down at his mother’s feet, he went away, and lay down as if tired from the chase. His mother went up to him, and before he had time to cover his mutilated limbs, she saw that indeed the story of the women was true. Angry was she that he had so deceived her: and she called loudly for the other two women, who came running to her. 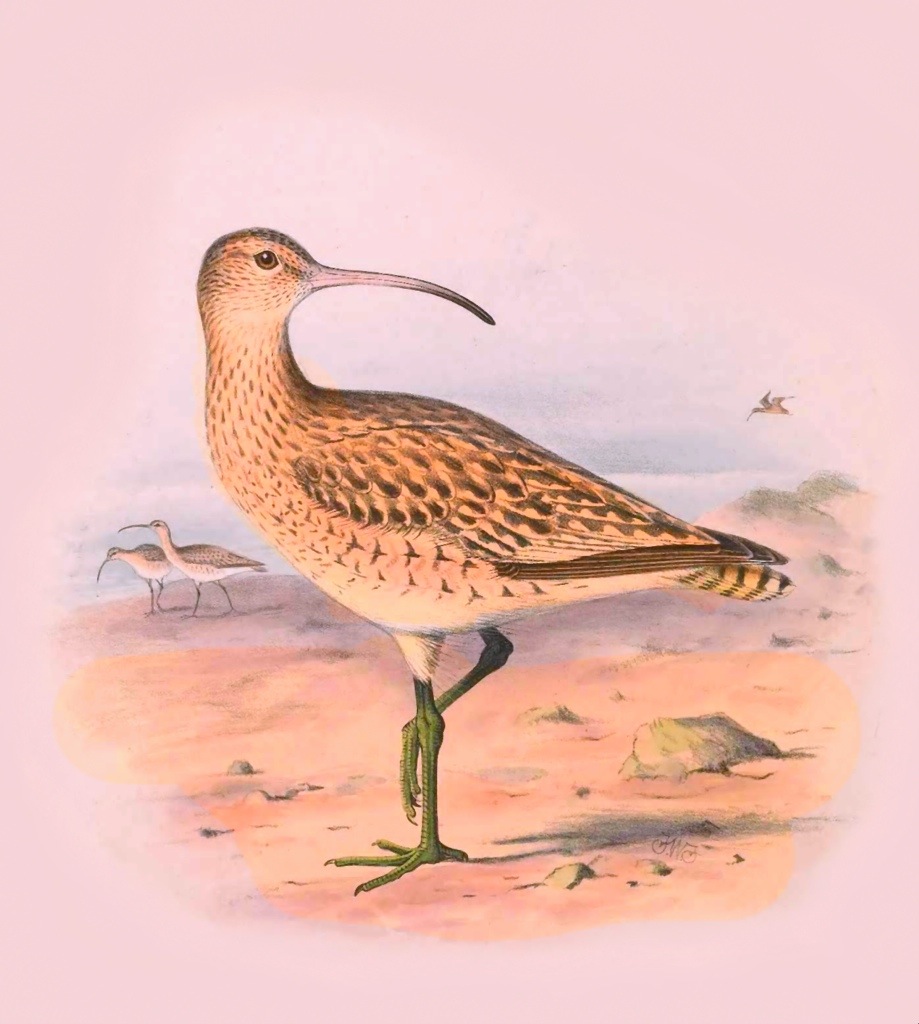 “You are right,” she said. “Too lazy to hunt for emu, he cut off his own flesh, not caring that when we unwittingly ate thereof we should sicken. Let us beat him who did us this wrong.”

The three women seized poor Ouyan and beat him, though he cried aloud in agony when the blows fell on his bleeding legs.

When the women had satisfied their vengeance, Beeargah said: “You Ouyan shall have no more flesh on your legs, and red shall they be for ever; red, and long and fleshless.” Saying which she went, and with her the other women. Ouyan crawled away and hid himself, and never again did his mother see him. But night after night was to be heard a wailing cry of, “Bou you gwai gwai. Bou you gwai gwai,” which meant, “My poor red legs. My poor red legs.”