Source to all birds on the Planet
admin
folklore, South America, Tyrannidae
Comments

An Arawak hunter captures a Vulture, daughter of Anuaninia.” She lays aside her feathers, appears before him as a beautiful girl, becomes his wife, bears him above the clouds, and after much trouble persuades her father and family to receive him. All then goes well until he expresses a wish to visit his aged mother, when they discard him and set him on the top of a very high tree, the trunk of which is covered with formidable prickles. He appeals to all the living creatures around. Then spiders spin cords to help him and fluttering birds ease his descent, so that at last he reaches the ground in safety. Then follow his efforts, extending over several years, to regain hi.s wife. At length the birds espouse his cause, assemble their forces, and bear him as their commander above the sky. 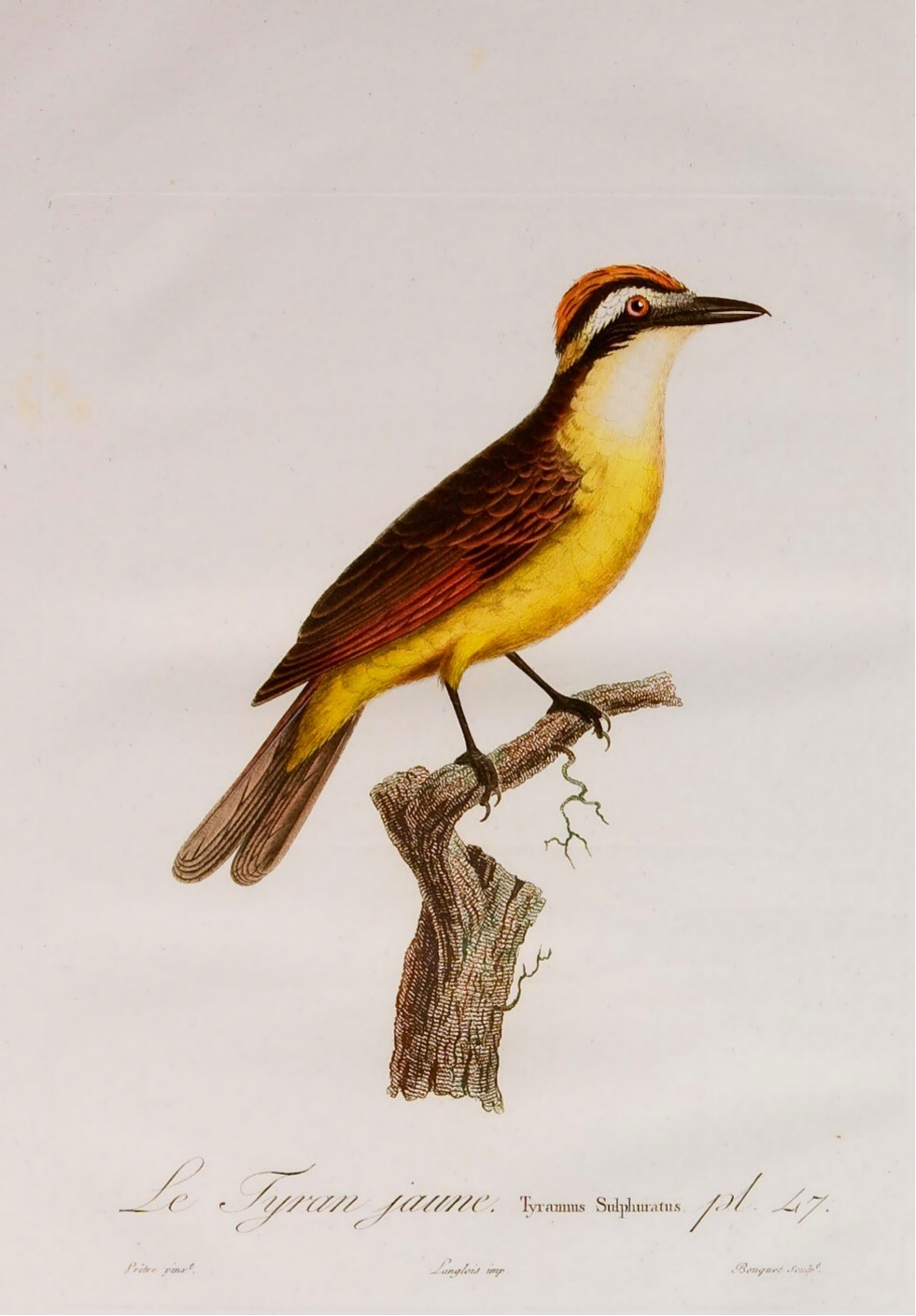 At last he is slain by a valiant young warrior, resembling him in person and feature: it is his own son. The legend ends with the conflagration of the house of the Royal Vultures. The Kiskedee [Lanius sulphuratus], though a valiant little bird, disliked the war, and bandaged his head with white cotton, pretending to be sick, but being detected, was sentenced to wear it continually.
He is noted for his hostility to hawks and other large birds, which he attacks incessantly when on the wing. The Warracabba, or trumpeter bird [Psophia crepitans]. and another [the Sakka-sakkali, a kingfisher] quarreled over the spoil and knocked each other over in the ashes. The former arose with patches of gray, while the other became gray all over. The Owl discovered among the spoil a package done up with care, which he found to contain darkness only; he has never been able since to endure the light of day.