Canadian Eskimo’s say that in the long ago, before it had all been quite settled whether the human creatures on this earth of ours were to remain in human form or to take the form of birds and animals, or whether the birds and animals were to be changed into human creatures, a group of children at play were building mud houses on the edge of a cliff near their home, when a magic spell was cast over them, changing them into swallows, birds who would evermore spend their time in playing at childrens games in the upper air and in building houses of clay. Today we see their homes like childrens play-houses under shelving rocks, on the edges of forests, or under the eaves of our barns, or in the form of holes in sandy cliffs; and on summer evenings, as darkness descends, like earth children pursuing fireflies, we may see these aerial children darting about in the sky.

This story from Spain tells how Jesus, then a little boy, went out to play with his companions, little like himself. He took some white clay and with it he made little birds with outspread wings, and he put them in the sun to dry. A Pharisee then passed that way and was angry to see the children at work upon a Saturday, which day is the Jewish Sabbath; and he began to trample upon and to destroy those little clay birds. But Jesus clapped his little hands and the birds at once took flight and flew away.
Then, upon the house of the Child Jesus, with some of the same clay from which they had been made, the swallows began to build their nests in the eaves of the roof of tiles. And from that day to this they have continued to make their homes upon the humble little houses of the poor and to bring to them peace and good fortune. When Jesus hung upon the cross they pulled the thorns from out the crown which had been placed upon his brow. When he died the swallows at once put on mourning, covering themselves with a black mantle, which they wear to this day. 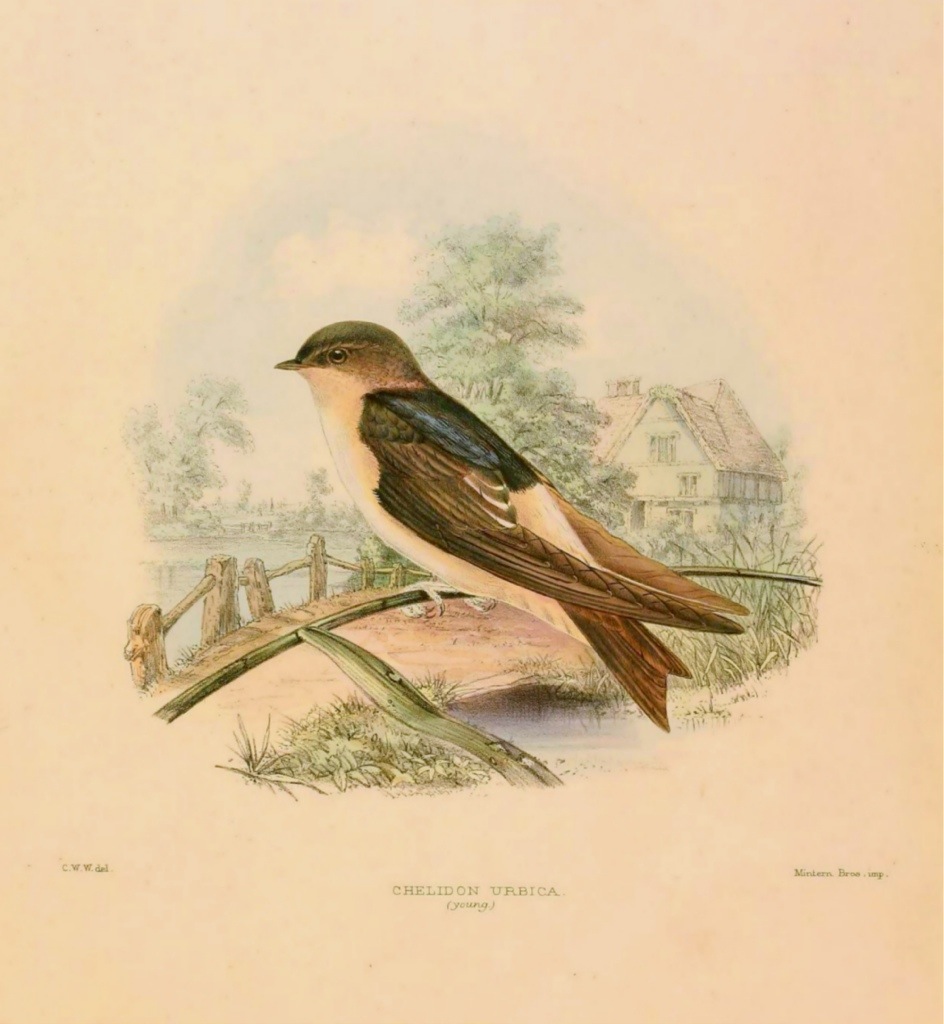