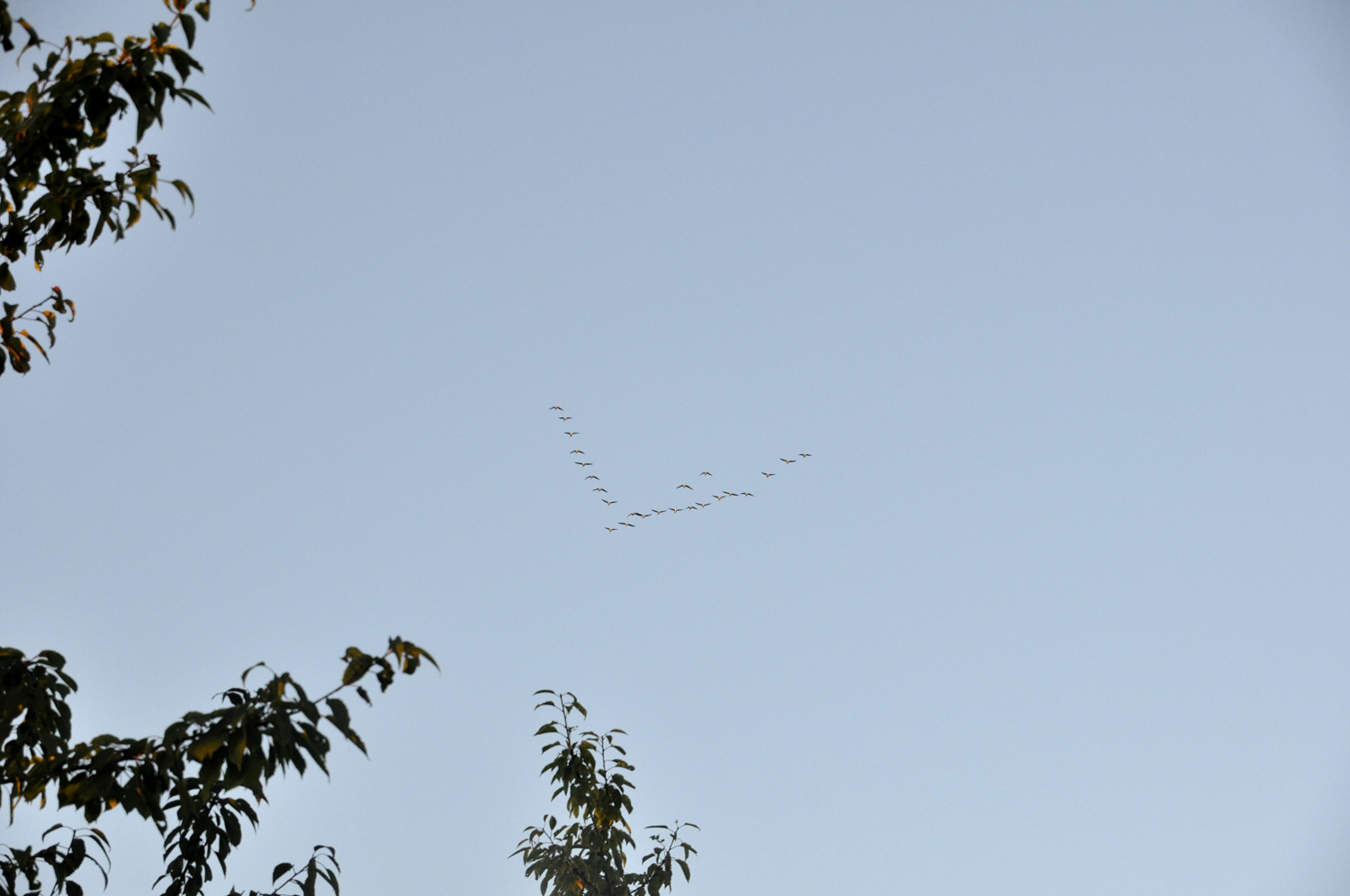 The colonisation by Greylag Geese Anser anser of a new autumn migration staging area was studied on the island of Schiermonnikoog, The Netherlands. Over 500 Greylag Geese first visited the island in 1991. During subsequent years, peak numbers rose to 700-900 birds. The geese most likely originated from the neighbouring staging area on the mainland, the Lauwersmeer, where goose numbers had levelled off since 1985. Because of the time-lag between saturation of the source population and colonisation of the island, changes on the island itself were investigated as a possible trigger for the arrival of the geese. Potential food availability on the island had increased for the geese as a result of vegetation succession. Two food-plants, Sea Club-rush Scirpus maritimus and Common Cord-grass Spartina anglica have increased over the last four decades. Greylag Geese fed mostly on Scirpus tubers and Spartina rhizomes. The soluble-carbohydrate content of the latter two food items did not d iffer significantly, and was approximately 25% on a dry weight basis. Negative effects of grubbing by Greylag Geese on stands of both Scirpus and Spartina appeared limited during the study period. Although Greylag Geese now spend most of the year in agricultural areas, our study indicates that natural habitats are still of importance for migrating Greylag Geese as staging areas
Bakker L., Van Der Wal R., Esselink P. & Siepel A., ARDEA 87 (1): 1-13