Source to all birds on the Planet
admin
folklore, Struthioniformes
Comments

A small wild fowl said to a large one, “Come, let us be friends; you come and eat at my house and I shall eat at yours. “The big one said, “Very well” ; and several times they ate at each other’s houses. At last the big one said, “You must only come twice more to my house.” He said, “Very well.” Twice the little fowl went and the third time he went he found the big fowl with its head under its wing. He thought its head was cut off and said, “What is this.” “He told him, “Nothing, I always do this. “Another time he came and the large bird was showing its head again. 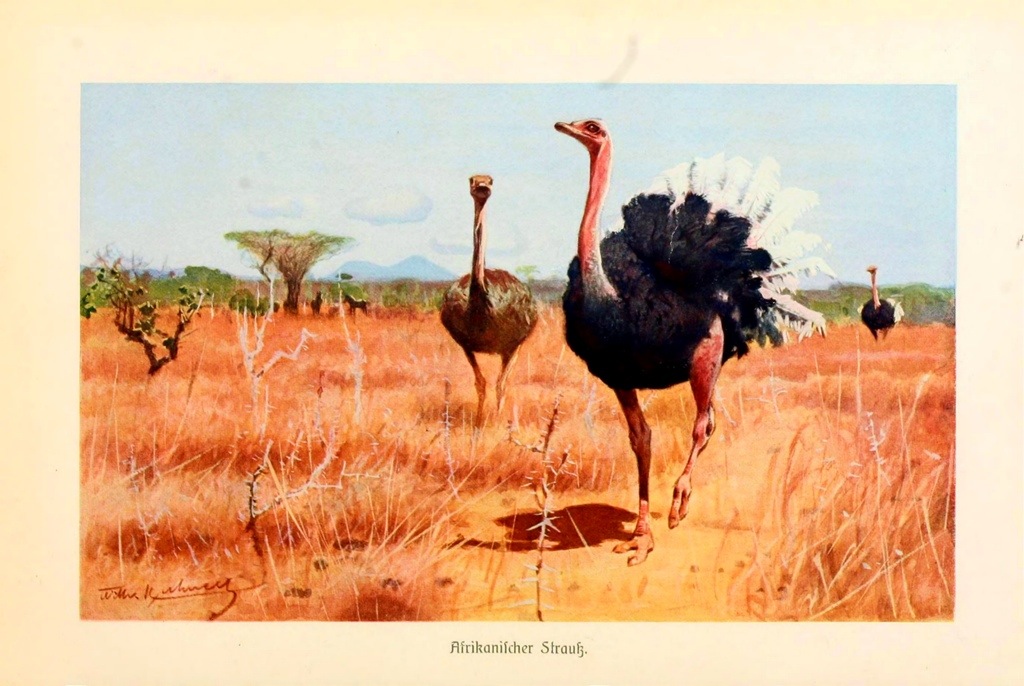