The animals choose Eagle king, and feast him. Sparrow wishes to visit Eagle; but Eagle will pay him no attention unless he first drinks a pot full of palm-wine. If Sparrow succeeds in this. Eagle agrees to share with him his kingdom. Sparrow stipulates that after each drink of palm-wine he be allowed to fly to the river for a drink of water. Sparrow hides all his relatives in the bush at the river.

After the first drink of palm-wine, he flies to the river, and a relative takes his place for the second drink; another relative goes for the third drink; and so on until the pot is emptied. King Eagle is amazed; the more so, as all the sparrows fly up noisily, and demand their part wine. They also demand that Eagle keep his promise and share his kingdom. Eagle refuses; the animals confer, and dismiss him as king. So people began to say, whenever they heard a great chattering by sparrows, that the difficulties with King Eagle were being reviewed. 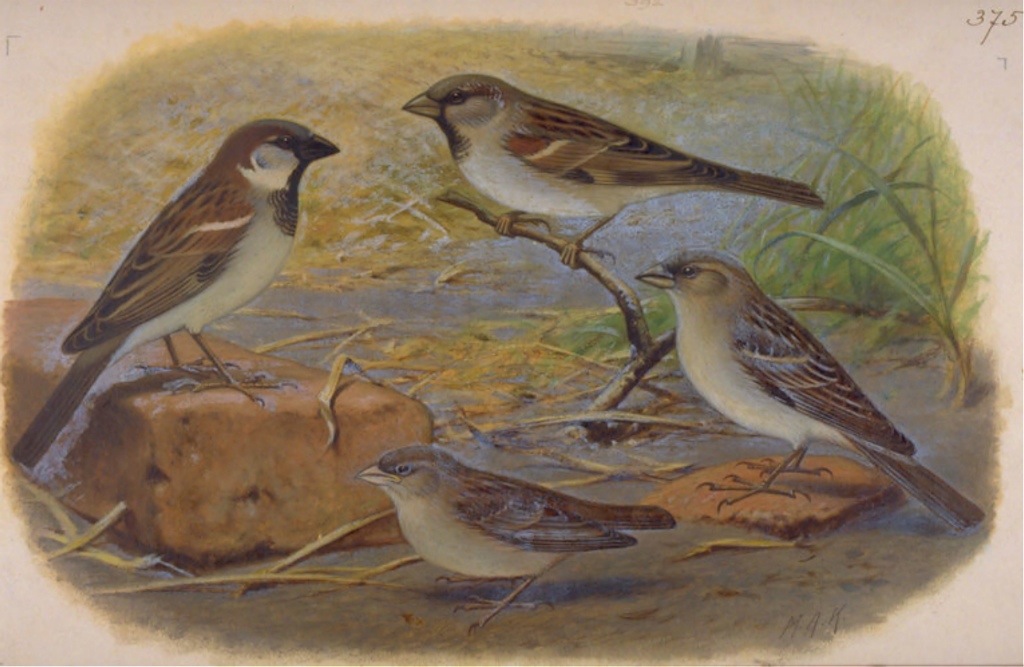