The Ainu, the indigenous people of northern Japan, believe that the owl is an omen of good luck and that if a person hears the sound of rain falling when walking beneath a branch where an owl is perched, he will become rich. Other Ainu stories explain why owls hate rats.
An owl had put by for next day the remains of something dainty which he had to eat. But a rat stole it, whereupon the owl was very angry, and went off to the rat’s house, and threatened to kill him. But the rat apologised, saying: “I will give you this gimlet and tell you how you can obtain from it pleasure far greater than the pleasure of eating the food which I was so rude as to eat up. Look here! you must stick the gimlet with the sharp point upwards in the ground at the root of this tree; then go to the top of the tree yourself, and slide down the trunk.”
Then the rat went away, and the owl did as the rat had instructed him. But, sliding down on to the sharp gimlet, he impaled himself on it, and suffered great pain, and, in his grief and rage, went off to kill the rat. But again the rat met him with apologies, and, as a peace-offering, gave him a cap for his head.
These events account for the thick cap of erect feathers which the owl wears to this day, and also for the enmity between the owl and the rat.

In Nepal local people use the body parts of owl for different purposes by keeping them in some specific locations. Because of this reason, we observed the different parts of the houses such as the roof, people put the feather of owl in the roof to chase evil, main door: the possible site for placing owlâ€™s head to chase evil or the corners of house: they could keep the owl in captivity in the corners.

Also in Nepal people think the owl bone chases the evil if it is used as a neck lace. People believe that the ring made of owl bone can shed their fear while traveling during the night. The head of owl will prevent the evil from entering home if it is hanged above the main entrance door. 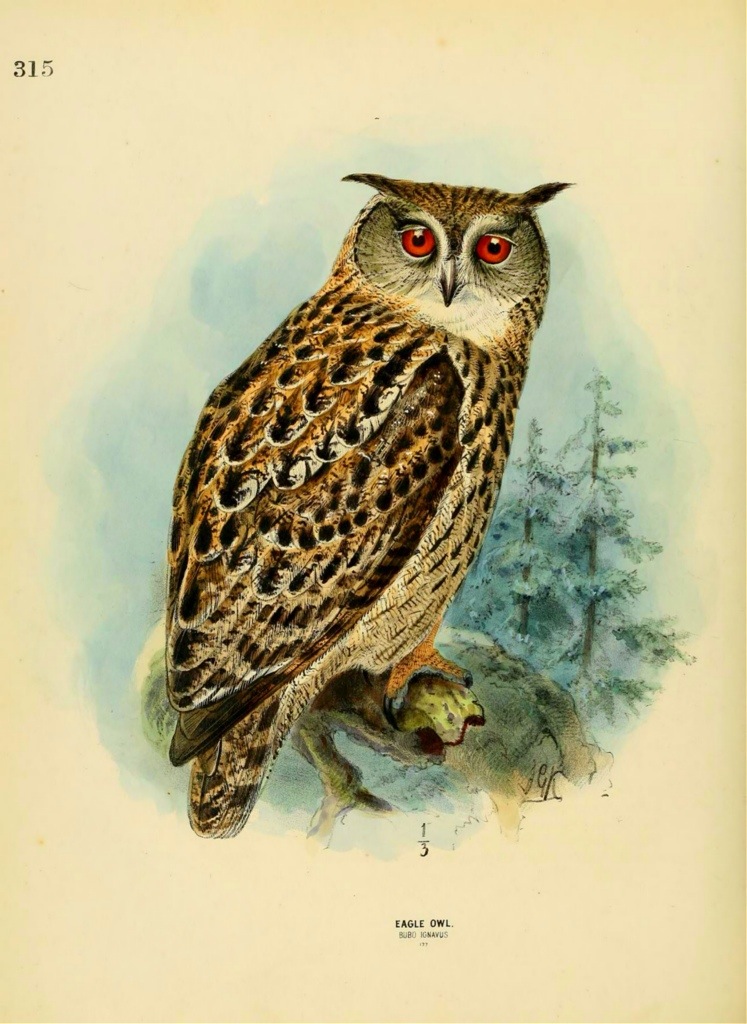 Among the Tartars of Mongolia this bird was highly honoured and esteemed, and its feathers worn in their caps to insure success in war. They attributed the preservation of their chief, Genghis Khan, from his enemies, to the fact of an eagle owl settling over the place where he was hiding from his pursuers, who passed by, believing that it would never rest quiet if any man was near.

The Great Horned Owl has the reputation of being the only owl that has killed man. There are several variations on this story. One suggests the the person concerned was wearing a raccoon hat when walking close to a nesting site & was attacked by mistake. Another suggests that the person was attempting to reach the nest of the owl and was attacked in defence of the eggs or young. It has also been suggested that for whatever reason the person was attacked, he actually died of a heart attack, out of fright, rather than the owl physically killing him. 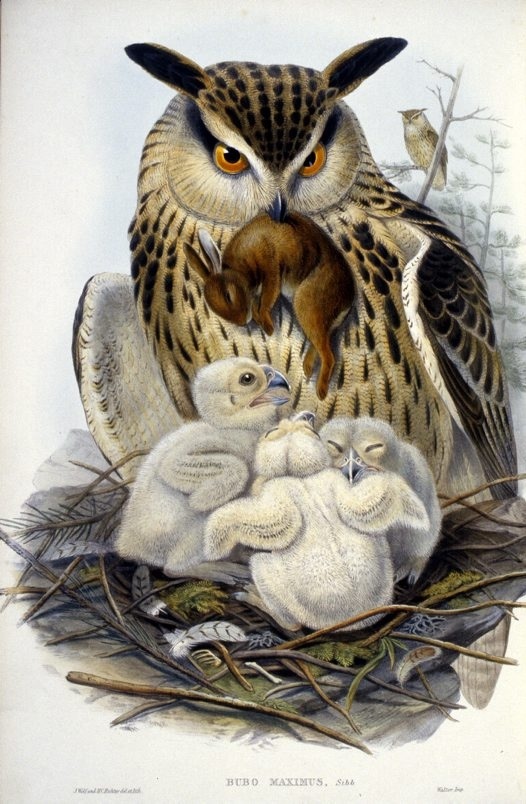 Acharya, R., & Ghimirey, Y., 2009. Assessment of status, threats and the ethno-ornithological relationship and its extension for the conservation of Owl in Nepal.
BIRDS IN LEGEND FABLE and FOLKLORE BY ERNEST INGERSOLL, 1923
Website Paul D. Frost, http://www.pauldfrost.co.uk/