The nomadic Bedouin of the Sinai Peninsula believed that if the body of an Egyptian Vulture was buried for forty days, then dug up and boiled until all of the flesh had dissolved, a single bone would stick up among the others, signifying that it held great power. All that was required to win the unconditional affection of a given girl or woman, it was said, was to rub the bone on her clothing.

A vultureâ€™s heart carried around in a bag ensured its bearer protection against ferocious beasts.

The shoulder bone of a vultureâ€™s right wing, and only of the right wing, could be burned and the ash dissolved in drink to make a love potion. It was also said that a vulture’s radius and ulna could be boiled until soft, and then tossed into a vessel of water. One bone would sink (in theory), but the other would float. This particular bone could then be rubbed on a personâ€™s shoulders, making them sensitive to any kind of request.

A vultureâ€™s eye, detached and worn on an arm, was considered a talisman against which evil spirits had no defense; more importantly, anyone who wore it could approach their ruler with no fear in their heart. 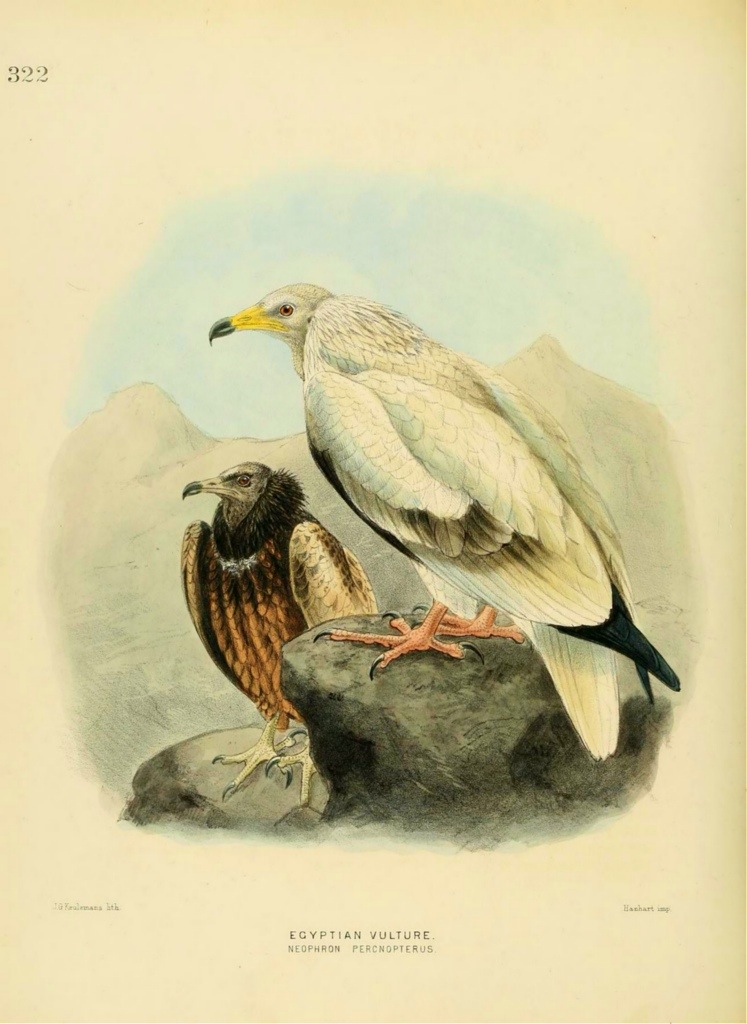 A servant carrying any bone of a large vulture was ensured protection against their masterâ€™s anger; and the upper mandible of a vulture’s bill, enfolded in a handkerchief and worn around the neck, guarded against the attack of any flying creature.

The tendons of a vultureâ€™s feet served as talismans against gout in the legs – with the caveat that those of the right foot be used only for the right leg, and those of the left foot for the left leg. And, appropriately, a vultureâ€™s cranium contained in an amulet was a sure-fire way to dispel any headache

The Khoi San of southern Africa held the Egyptian Vulture or Ouri-gorab (White Crow) in high esteem, as it would frequently locate Lion kills for them, which they could then steal from the hapless cats. 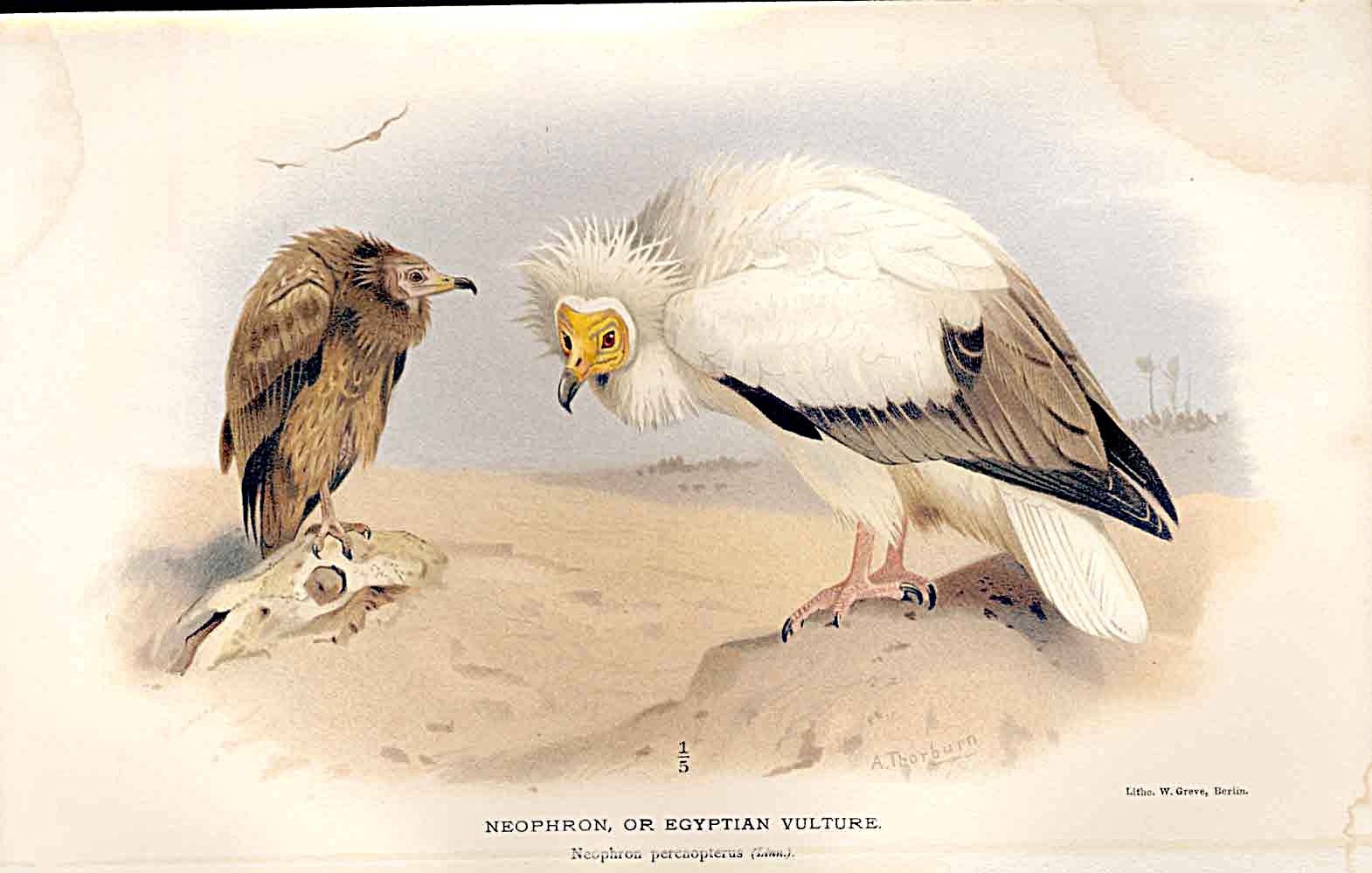 One story from India tells that, long ago, the treasured cows of the gods were stolen by a race of demons known as Panis, with the deities none the wiser. Upon discovering that their cattle were missing, the gods beseeched the Egyptian Vulture to find them, flattering the bird into doing their bidding by speaking of its “excellent and powerful” wings. After agreeing to undertake the task, the Vulture did soon discover the cattle, along with the demons who had stolen them; but the bird proved vulnerable to that age-old curse of bribery. After accepting a bribe of excrement from the Panis, the mendacious bird flew back to the lair of the gods and informed them that although it had looked everywhere, their prized cattle were nowhere to be found. But the god Indra was suspicious of the Vulture’s claim, noticing that it looked unusually well fed for a bird that had just completed a long and exhaustive search. He took the Vulture in his hand and proved the bird’s deception by literally squeezing the bullshit right out of it. The gods then released the Vulture, but only after forever cursing it with the words, may thy sustenance be of bad origin.