Source to all birds on the Planet
admin
folklore, Middle America, Trochilidae
Comments

An Indian went hunting one day far away from his hut, so far indeed that when he thought of returning night overtook him. Losing his path in the darkness, ho lay down to sleep under an overhanging wood-ants’ nest. These insects asked him by and by if he were asleep, and he told them “Not yet!” After a while they repeated their question and received the same answer, and so the game went on all night until early dawn, when they asked him for about the tenth time whether he were asleep, and as before they were told “not yet!” The insects, who were really only waiting their opportunity for eating him, could restrain themselves no longer, but let themselves, together with their nest, fall right on top of him. 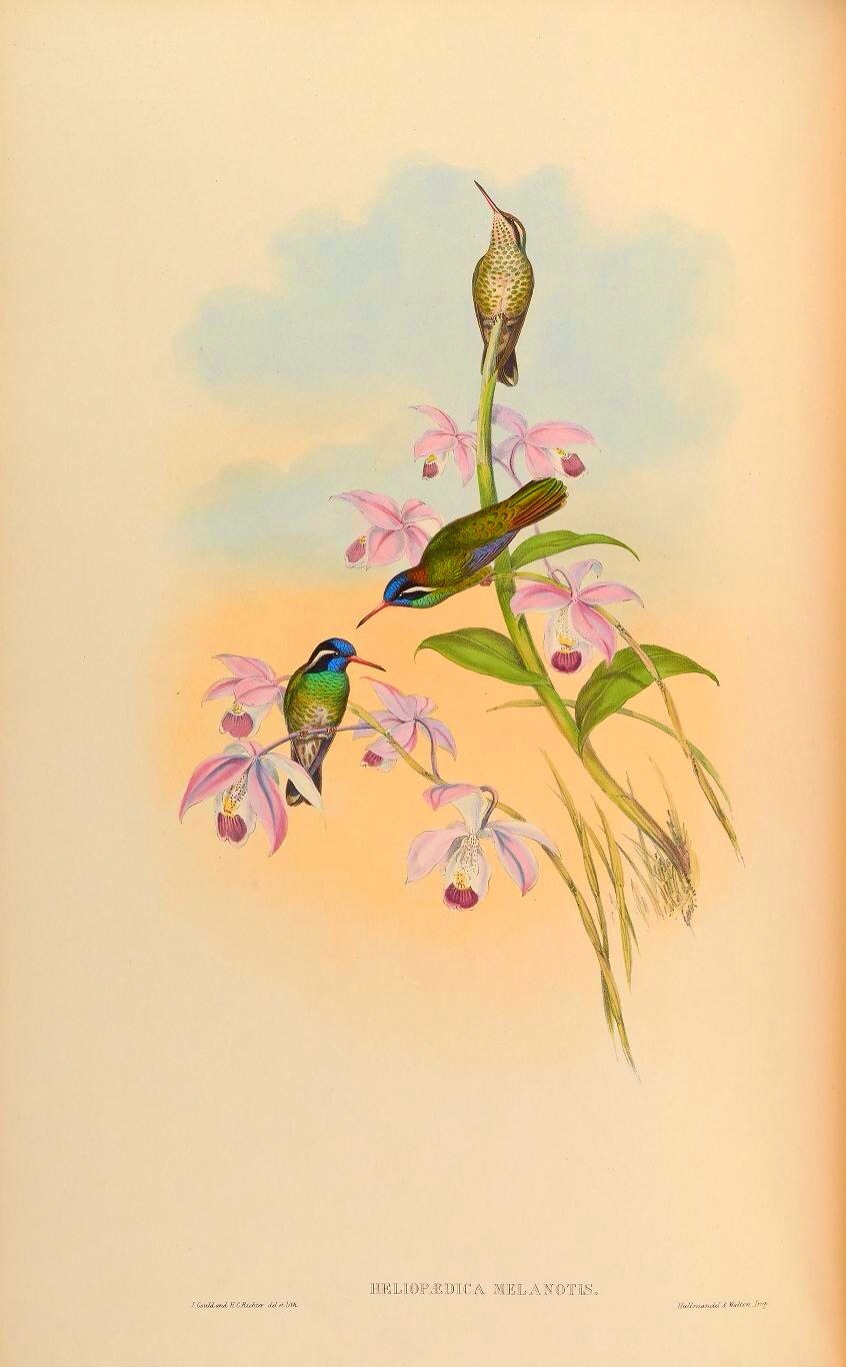 Fortunately, the man had betaken himself to a safe distance before the scattered wood-ants had time to secure him, and as they were running hither and thither to learn what road he had taken, a hummingbird kept chirping out, “Give me the head! Give me the head! ” This was somewhat annoying to the little insects who had missed their intended victim, and as the bird continued repeating its reqtiest, they shouted, “What is the use of asking for the head when we haven’t got even the body?