The song of the k’ok’ota’, or Clay-colored Robin (Turdus grayi) when heard in the morning is a sign that the milpa (corn field) is flowering. However, if it is sitting in a tree when it sings, it means rain is forthcoming. The Q’eqchi’ of Belize have a similar tradition for the Clay-colored Robin, or k’ook’ob, which is said to have four different calls. The Q’eqchi’ say it is first bird to wake up and starts singing at 4:00 a.m. with one particular call. Later in the day if it sings with a different call, it means that it is time to cut the milpa and start planting. However, at night it has yet another call, ‘eewooj,’ which means it getting dark. Finally, the fourth of its calls is an indicator that it will rain the following day.

In Honduras teh Bribri tribe holds this bird in high regard. This robin has a lovely song; but what is significant is that it calls the rains at the end of the dry season. For this, the Clay-coloured Robin has earned its status as the national bird of Costa Rica. When the rainy season is late in arriving, people complain that the robins need to sing and bring the rain. 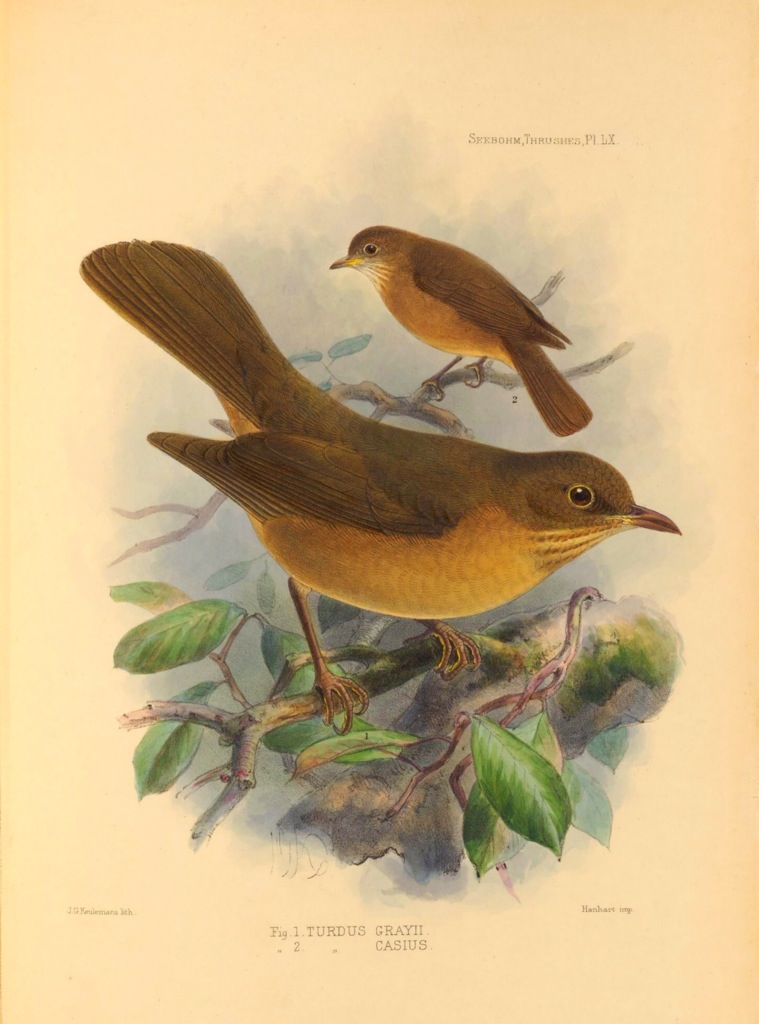 Hull, K. & Fergus, R. AN ETHNOORNITHOLOGICAL APPROACH TO HUMAN-BIRD RELATIONS AMONG THE MOPAN MAYA OF BELIZE. 2009.