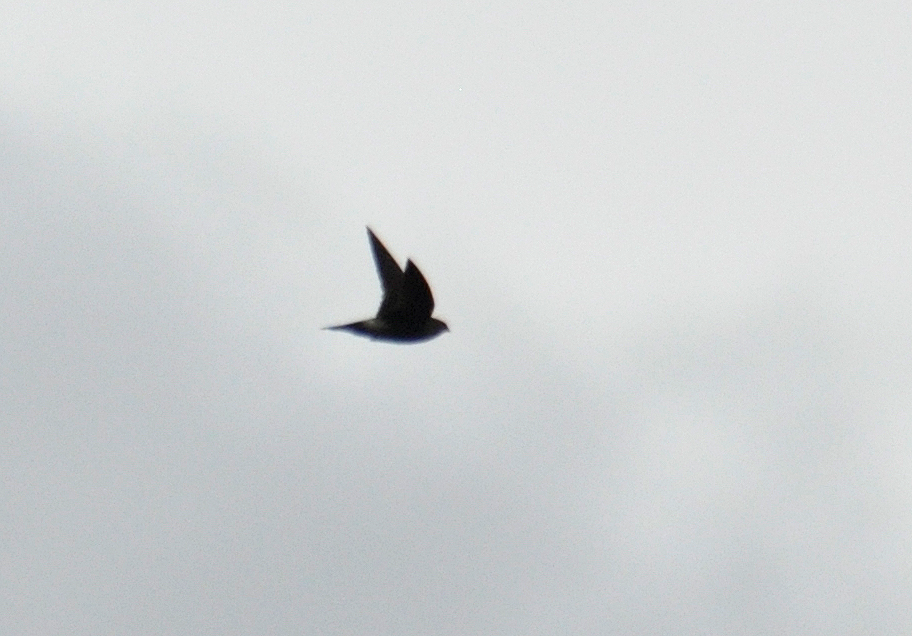 In the rolling terrain of the central hills of Trinidad, Frank M. Chapman collected a large series of swifts, among which were eight specimens representing a previously unknown species. These specimens, taken between March 15 and March 27, 1894, near the town of Caparo, Caroni County, were described by Hellmayr (1907) as Chaetura chapmani. Nine years later, Cherrie (1916) described a new subspecies of this swift from a unique specimen collected in the Mato Grosso region of Brazil. At present, 60 years after its description, a total of 49 specimens of Chapman’s Swift have been collected in the area extending
from Panama to Brazil. Little is known of its general biology, however, and its nest is as yet undescribed. Since 1962 I have been studying the biology of swifts in Trinidad and have often observed Chapman’s Swift in the field, captured and banded a number of individuals by means of mist nets (Collins, 1967), and found one nest of this species. This information and experience, along with a review of the extant museum specimens, form the basis of the present paper.
CHARLES T. COLLINS, AMERICAN MUSEUM NOVITATES, 2320