The fact that the little owl is useful to peasants in ridding their grain fields of mice, which often bring famines by a sudden vast increase numbers, only confirmed the owl as a symbol of the Immortal Maid. These little screech-owls may have protected other crops from mice beside grain, the olive for instance, which […]

The notion that cuckoos do not retire to the south but hibernate in hollow trees is an old belief with the peasantry. Cuckoos, to do not flock together, like swallows, storks and cranes, just before migrating to warmer lands. After ceasing to call, they still lurk about, and are gradually missed. This mystery was solved […]

[text by Steve Boyes, National Geographic Newswatch] Up until this year, an estimated 120,000 â€“ 140,000 Amur falcons (Falco amurensis) were being slaughtered in a remote part of north-eastern India at this exact time each year. In 2012, Shashank Dalvi and Ramki Sreenivasan documented this shocking massacre as tens of thousands of migrating falcons congregate […]

Poster made of the drawings of John Gerhard Keulemans. A Belgian native working for the British Natural Museum. He became one of the defining nature artists of th 19th century.

Some birds are thought to possess supernatural powers. The sorokochoâ€™, or Masked Tityra (Tityra semifasciata), is said to have specific healing abilities. For example, to cure warts somewhere on oneâ€™s body, that person must find a group of these Masked Tityra singing in a tree. By dancing enthusiastically along with the displaying birds, this will […]

It was not often that the tortoise and the eagle met, for the one spent his days in the clouds and the other in the under a bush. However, when the eagle heard what a warm-hearted little fellow the tortoise was, he went to pay a call on him. The tortoise family showed such pleasure […]

Tawaru-wari was a Carib Indian who one day caught a young eagle, which he took home with him. It became quite tame, and Tawaru-wari had to go out regularly and shoot baboons to feed it with. But the baboons did not like this, so they held a meeting among themselves and agreed that if the […] 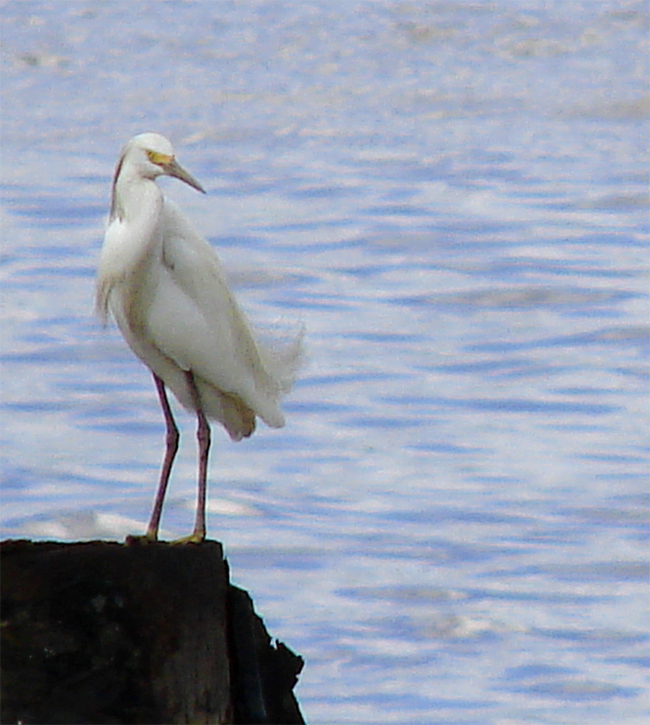 Does anybody know what Heron or Egret this is? The picture was taken in Paramaribo, Suriname at the riverside. I cant seem to find a White Egret or Heron with yellowish patch at the start of the bill, having also yellowish feet. Is it an interbreed? Birds of Venezuela by Hilty doesnt match it nor […]

A beautiful display of a bird of paradise, watch the front side of the male, absolutely stunning. httpv://www.youtube.com/watch?v=3Cj_M8mTTPE Uploaded by Dolhijn

Watch two Eagles show off in a spectacular display. httpv://www.youtube.com/watch?v=ikO6d7cGogo Uploaded by Dolhijn