So called from the old legend which declared this bird to be produced from trees, resembling willows, which grew in the Orkney Isles ; it being also believed that each end of the branch produced small round balls, which, when ripe, dropped into the sea, and then appeared as a perfect goose.

There is a small island in Lancashire called the Pile of Foulders, wherein are found the broken pieces of old ships, some whereof have been cast thither by shipwreck, and also the trunks or bodies, with the branches, of old rotten trees, cast up there likewise, whereon is found a certain spume or froth, that in time breedeth into certain shells, in shape like those of the mussel, but sharper pointed, and of a whitish colour ; wherein is contained a thing in form like a lace of silk, one end whereof is fastened unto the inside of the shell, even as the fish of oysters and mussels are. The other end is made fast unto the belly of a rude mass or lump, which in time Cometh to the shape and form of a bird ; when it is perfectly formed, the shell gapeth open, and the first thing that appeareth is the foresaid lace or string ; next come the legs of the bird hanging out, and as it groweth greater it openeth the shell by degrees, till at length it is all come forth and hangeth only by the bill. In short space after it cometh to full maturity, and falleth into the sea, where it gathereth feathers and groweth to a fowl, bigger than a mallard, and lesser than a goose, having black legs and bill, or beak, and feathers black and white, spotted in such a manner as is our magpie, which the people of Lancashire call by no other name than a tree goose. 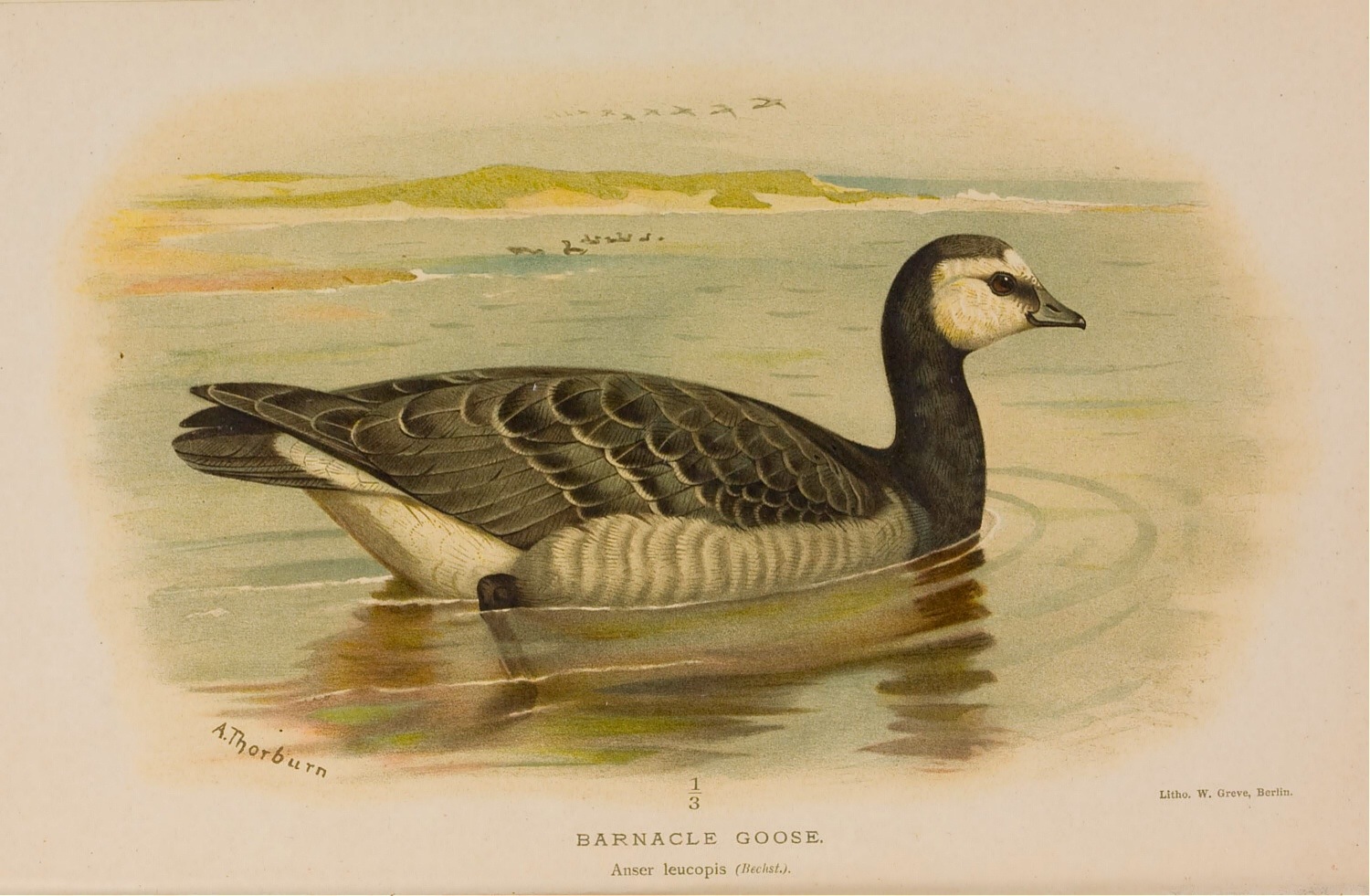