For anglers in spring it is always unlucky to see single magpies ; hnt two may always be regarded as a favourable omen; and the reason is, that in cold and stormy weather one magpie alone leaves the nest in search of food, the other remaining sitting upon the eggs or the young ones ; but when two go out together, it is only when the weather is nuld and warm, and favourable for fishing.

They say that a tree with a magpie nest in it was never known to fall. The instinct of the bird may lead it to fix upon a firmly-rooted tree, but the assumed fact is stated as a proof of its supernatural knowledge and of its being in league with the powers of darkness.

There is a general belief that its perching on any beast is a bad omen for the animal; and it has perhaps some truth in it: for before the farmer or the shepherd is aware of it, the magpie often smells out a lurking disease, and is known to attack and tear out the eyes of weakly sheep and lambs.

Perhaps it is the hope of averting by extreme civility the evil which the magpie is about to bring upon them that induces Sussex people of every class to take ‘off their hats and bow to this bird whenever it suddenly appears on their left hand. Poorer people think it was a bad bird, and knew more than it should do, and was always looking about and prying into other people’s affairs. 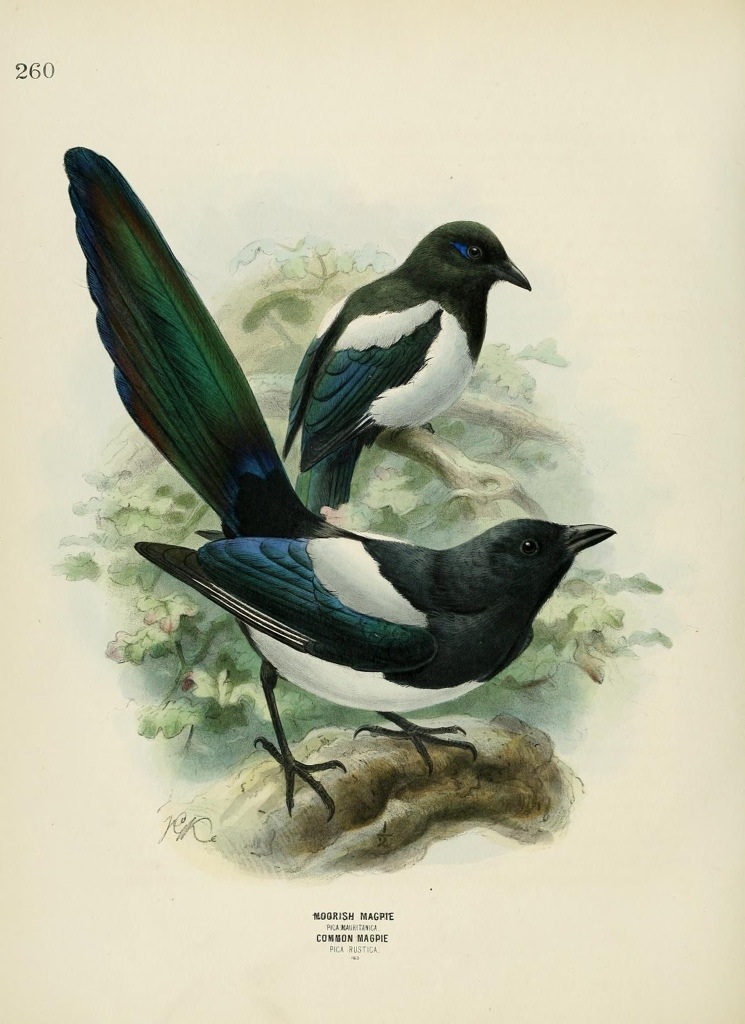 In Scotland the magpie was once called the devil’s bird, and was believed to have the devil’s blood in his tongue. If her tongue was scratched and a drop of human blood inserted, it was believed that she would receive the gift of speech.

As the magpie alone knew the art of building a perfect nest, many of the feathered tribe came to him for instruction, upon which the pie began : First of all, my friends, you must lay two sticks across, thus. Aye, said the crow, I thought that was the way to begin. You must then lay a feather on a bit of moss. Certainly, said the jackdaw, I know that must follow. Then place there tow, feathers, sticks, and moss, like this. Yes, doubtless, cried the starling, every one could tell how to do that. At last, when the magpie had gone half way, finding every bird seemed to know as well as he did what to do, he said, Gentlemen, I find you can all build nests, so you need not my instruction. And away he fiew. So to this day none but the magpie can build more than half a nest. 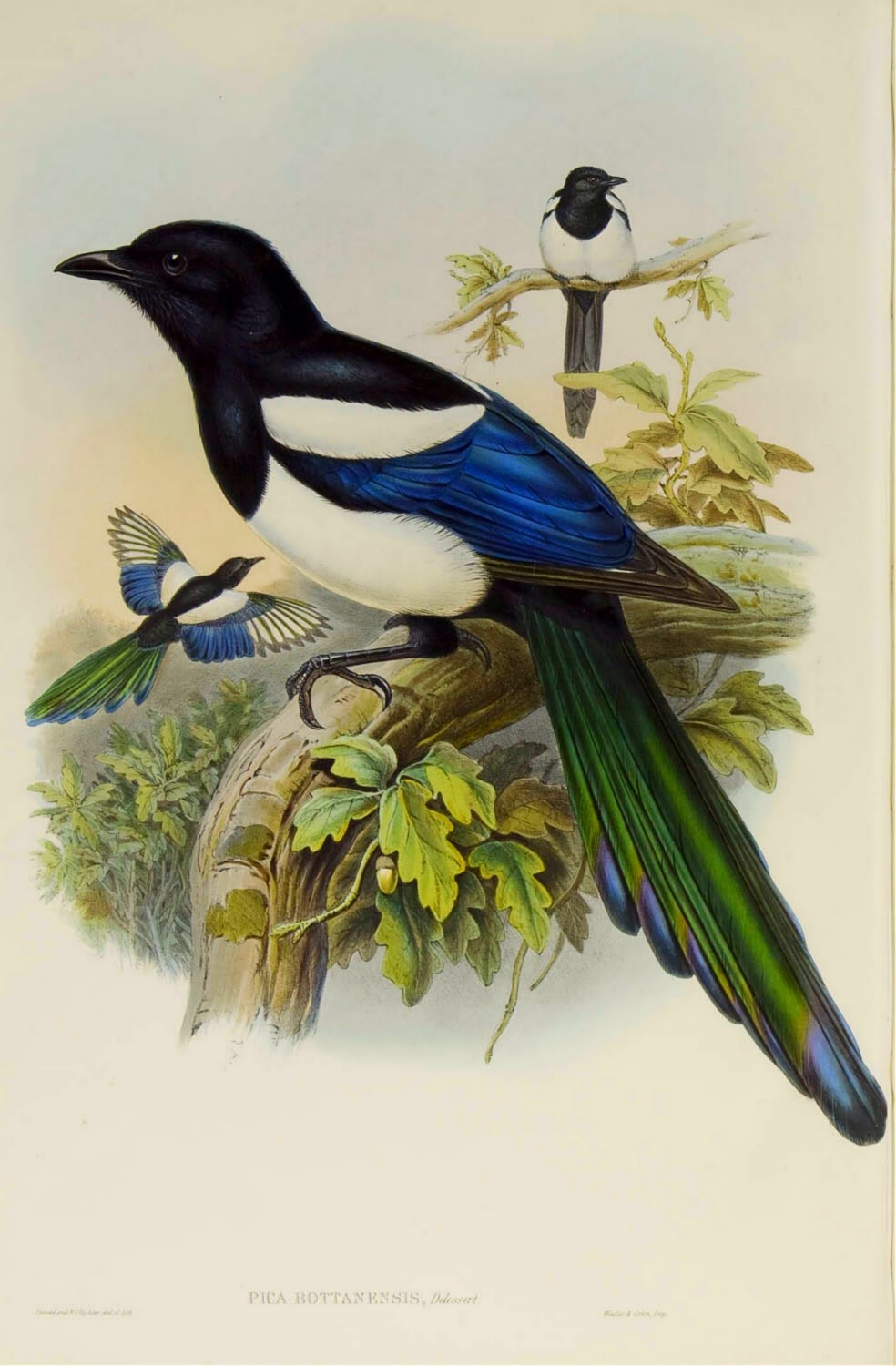