In the far-away time is told how the wren came about. One day, a young man of Heidelberg lay idly dreaming and pondering under an oak. A beautiful maiden crept forth from a great hole in the trunk of the tree and stood smiling at him. The youth immediately arose and made love to her, as was the custom in those days, and his love was immediately returned, and they promised to be true to each other forever and ever. But the maiden confided to him that she belonged to the race of Dryads and warned him that on that account he must never show anger to her, even a slight manifestation of this malignant passion would entail on her a diminution in size; and anything like violent rage would reduce her to a limit from which there could be no recovery.
All went well with the lovers till one evening he, coming much earlier than usual to the tryst, though he thought it was later, found no maiden at the trysting place, whereupon he fell into a wrathful passion and uttered bitter words.
When at the proper moment the maiden weepingly appeared she at once began to shrink and continued shrinking till she was no larger than a mouse. Wishing to escape from one who had so wronged her, her wishes gave her wings, when, as a wren, with an angry chirp, she flew away.

In a grand assembly of all the birds of the air, it was determined that the sovereignty of the feathered tribe should be confessed upon the one who should fly highest. The favourite in the betting was of course the eagle, who at once, and in full confidence of victory, commenced his flight towards the sun : when he had vastly distanced all competitors, he proclaimed vrith a mighty voice his monarchy over all things that had wings. Suddenly, however, the wren, who had secreted himself under the feathers of the eagle’s crest (another account says, tail), popped from his hiding-place, flew a few inches upwards, and chirped out as loudly as he could, Birds, look up and behold your king!

An old Irish custom on St. Stephen’s Day, and one that has not quite died out, was the “hunting of the wren” by boys. When captured it was tied, alive but maimed, to a pole or tied by the leg in the center of two hoops placed at right angles with one another and paraded around the neighborhood, a few verses being repeated at each house, while a donation was requested, one version being:
The wran, the wran, the king of all birds,
St. Stephen’s Day was caught in the furze,
Come, give us a bumper, or give us a cake,
Or give us a copper, for Charity’s sake. 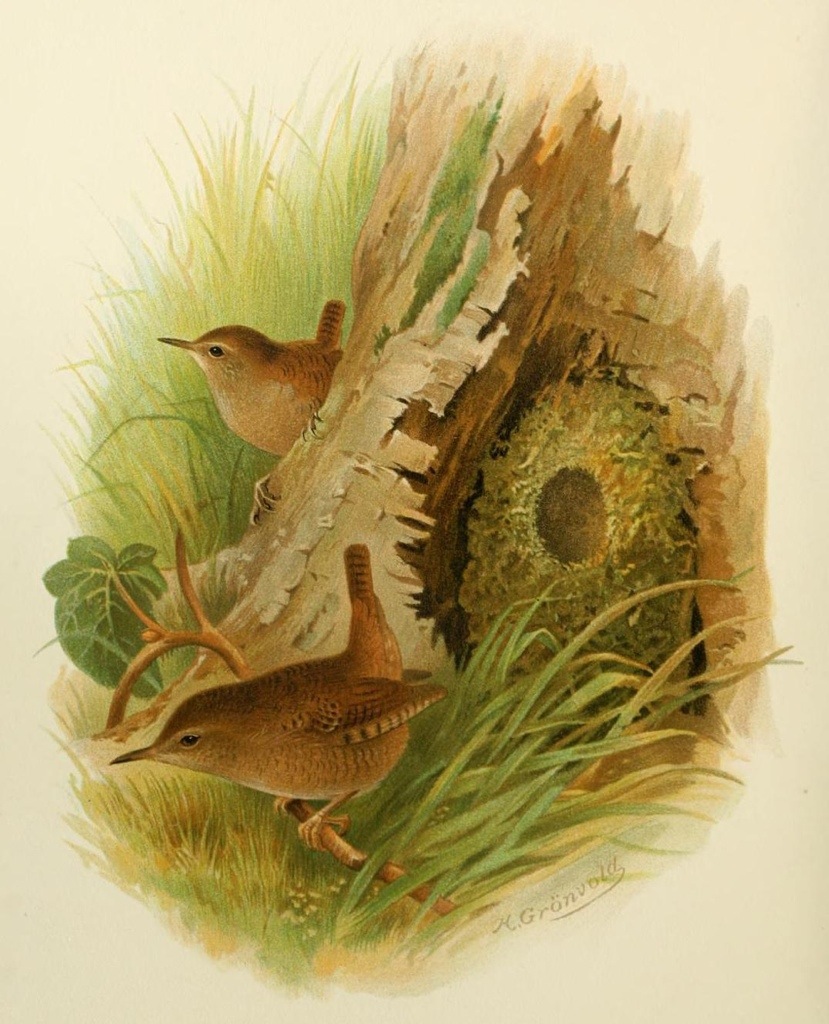 In the Isle of Man very early on Christmas morning, when the church-bells had rung out midnight, servants went out to hunt the wren. They killed the bird, fastened it to the top of a long pole; and carried it in procession to every house.At each house they sought to collect money. At last, when all had been visited, they laid the wren on a bier, carried it to the church-yard, and buried it with the utmost solemnity.
This is accounted for by a legend concerning an evil fairy who lured many men to destruction, but had to assume the form of a wren to escape punishment at the hands of an ingenious knight-errant.

An old story is that the wren is mortally hated by the Irish for on one occasion. When the Irish troops were approaching to attack a portion of Thomas Cromwell’s army the wrens came and perched on the Irish drums, and by their tapping and noise aroused the English soldiers, who fell on the Irish troops and killed them all. It happened also at that the battle between Irish and Danish invaders some 800 years before Cromwell’s campaigns. 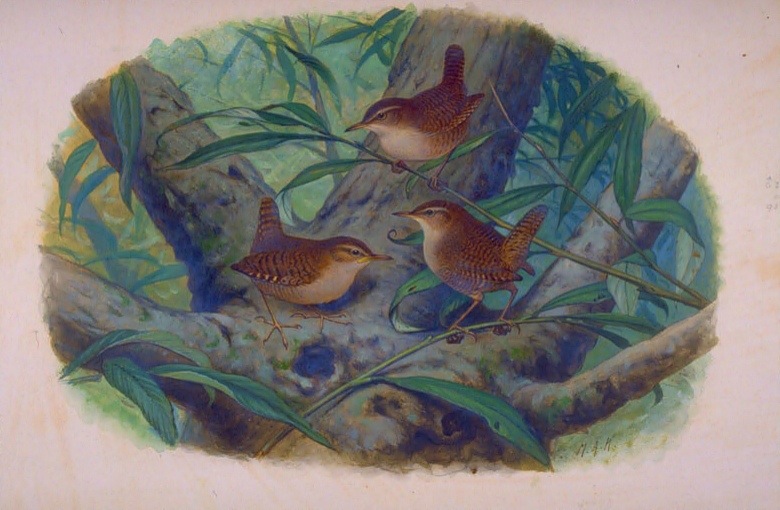 Charles, Swainson. ‘The folk lore and provincial names of British birds.’ London, Pub. for the Folk-lore Society by E. Stock, 1886.