The sad wailing, cry of these birds, while on the wing, in the dark still nights of winter, resembling the moans of wandering spirits, is believed in some parts of England to be a death warning, and called the cry of the Seven Whistlers.

In Scotland the farmers think the cry is exactly like the yelping of a pack of hounds, and hence has engendered the belief in a ghostly huntsman attended by his dogs, who traverse the air during the night, bringing death and ruin to those who hear them, and to the house over which they halt.

Jamieson in his Scottish Dictionary gives Quhaup as signifying a Curlew, and he also gives Quhaup as the name of a goblin or evil spirit, supposed to go under the eaves of houses after the fall of night, having a long beak resembling a pair of tongs, for the purpose of carrying off evil doers ; and he adds, This goblin appears to have borrowed its name from the Curlew. The habit which this species has of flying about in the grey dark of evening, uttering its somewhat eerie cry, has doubtless associated the bird with goblins, witches, and the like. 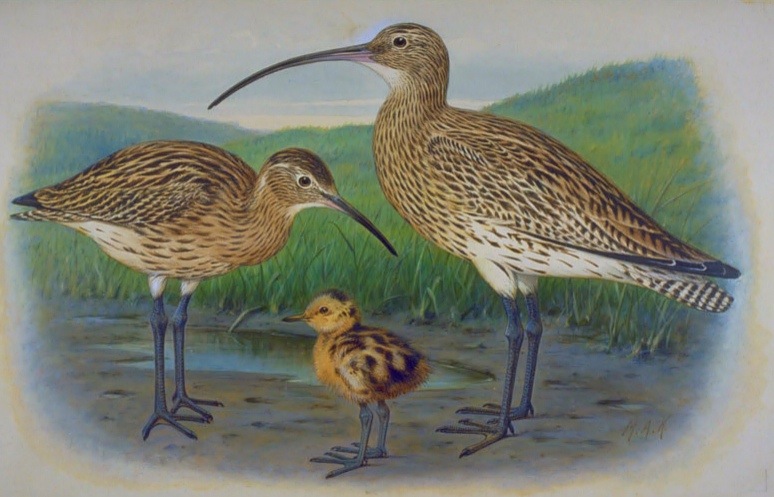