Alcyone, daughter of Eolus, the wind-god, impelled by love for her husband Ceyx, whom she found dead on the shore after a shipwreck, threw herself into the sea. The gods, rewarding their conjugal love, changed the pair into kingfishers. What connection exists between this, which is simply a classic yarn, and the ancient theory of the nidification of this species, I do not know; but the story was, now we are talking of the real bird, which the Greeks and Latins saw daily, that the kingfisher hatched its eggs at the time of the winter solstice in a nest shaped like a hollow sponge, and thought to be solidly composed of fish-bones, which was set afloat, or at any rate floated, on the surface of the Mediterranean. For seven days before the winter solstice, and for the same length of time after it, the sea becomes calm in order that the kingfishers may rear their young.

One of the oldest is the custom formerly in vogue in England, and more recently in France, of turning this bird into a weathercock. The body of a mummified kingfisher with extended wings would be suspended by a thread, nicely balanced, in order to show the direction of the wind, as in that posture it would always turn its beak, even when hung inside the house, toward the point of the compass whence the breeze blew.

At one time the Kingfisher was a plain gray bird. This scout flew straight up to heaven, in order to get a wide survey of the waters, and went so near the sun that its breast was scorched to its present tint and its back assumed the color of the sky overhead. 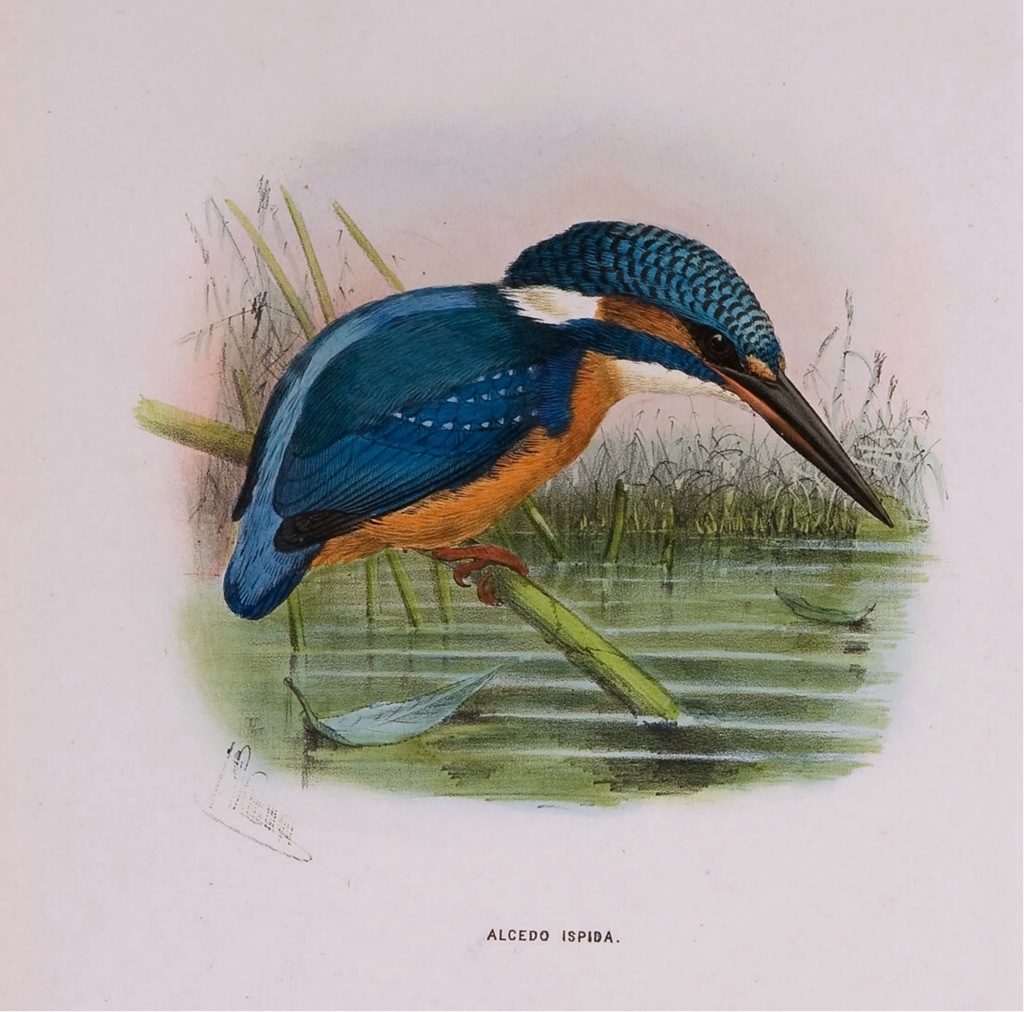 The British ancients believed that the Halcyon, as they called the kingfisher, constructed a nest of the bones of fish, which floated on the water, and that so long as the female sat on the eggs, no storm ruffled the ocean. The period of incubation began seven days before the winter solstice, and lasted for seven days after.

That a kingfisher, hanged by the bill, showeth us in what quarter the wind is, by an occult and secret propriety, converting the breast to that part of the horizon from whence the winds blow, is a received opinion, and very strangly introducing natural weathercocks, and extending magnetical positions too animal natures.

In Ireland they say it is remarkable in these, little birds that, if they are preserved in a dry place when dead, they never decay; and if they are put among clothes and other articles, they preserve them from the moth and give them a pleasant odour. What is still more wonderful, when dead, they are hung up by their beaks in a dry situation, they change their plumage every year, as fi they were restored to life, as though the vital spark, still survived and vegetated through some mysterious remains of its energy.

The Ostiacs take the skin, the bill, and the claws of this bird, shutting them up in a purse, and so long as they preserve this sort of amulet, they believe they have no ill to fear. The person who taught me this means of living happy could not forbear shedding tears while he told me that the loss of a kingfisher’s skin had caused him to lose both his wife and his goods. 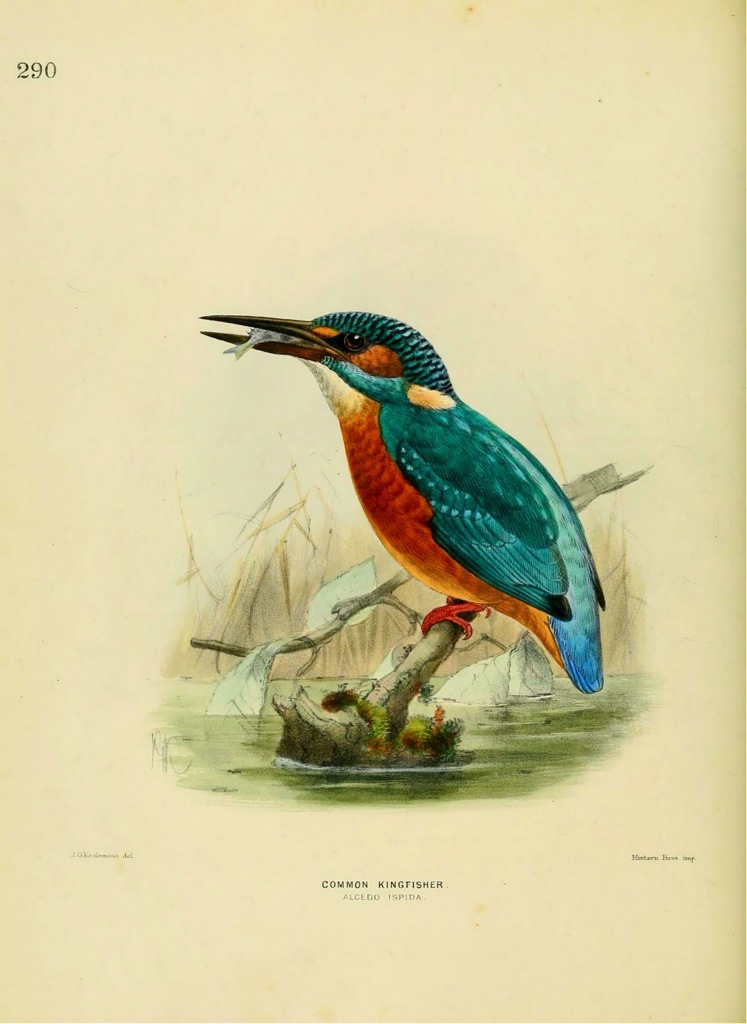