The Buryat people of Siberia say that the gods first brought the vulture to the world for a very specific purpose. After the deities had created the first people, they sent a vulture to protect them from any harm that might befall them at the hands of evil spirits. But the people didn’t know of the bird’s sacred mission, or understand why it was forever hovering above their heads, and so they often shot arrows at it. Understandably upset at this treatment, the vulture complained to the gods that it couldnt protect humanity if they kept trying to kill it. The gods responded, Go back and give your wonderful power to one of the earth’s inhabitants. Returning to earth, the vulture flew along the landscape until it saw a girl herding Sheep. The gods delegated protector managed to entice the girl into a forest – never mind how – where it gave her its magical powers of protection, making her the first in a long line of shamanic women.

It is said by the herders of the Tien Shan mountains in China that Snow Leopards – fully grown, (55 kg) Snow Leopards – weary from their wanderings over the peaks in search of prey, will sometimes take rests in birdsâ€™ nests. Monk Vulture nests, according to the herders. But only if the Vultures werenâ€™t present, because there would surely be some kind of trouble if they were. 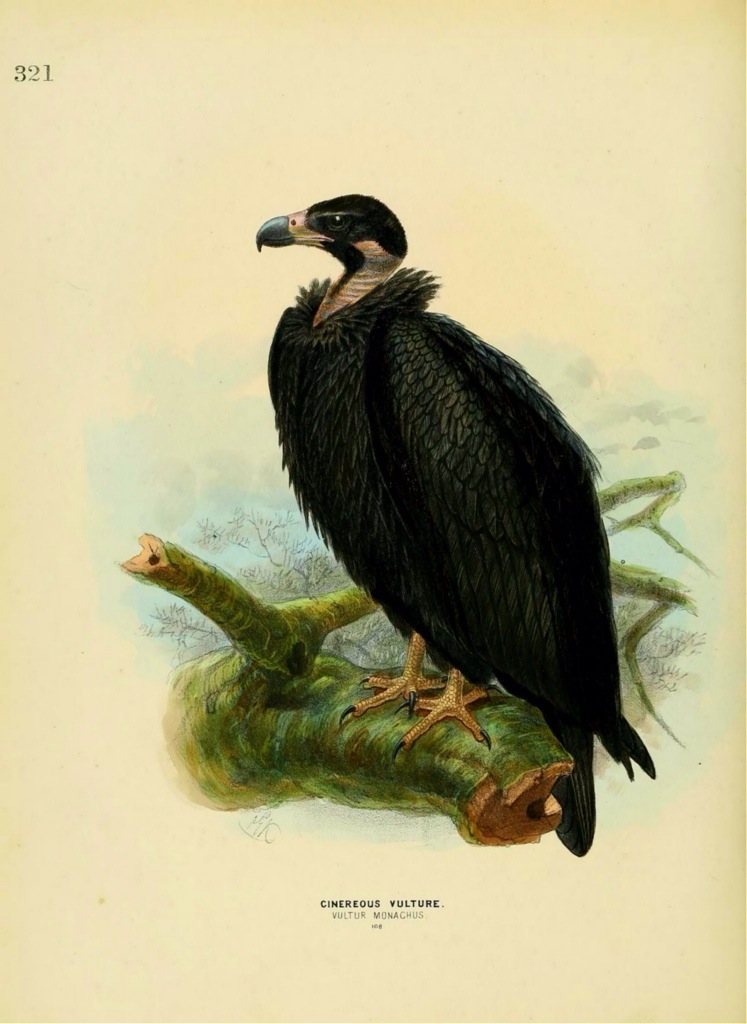