Indians dwelling along the southwestern shore of Hudson Bay say that a small bird, one of the Fringillidae, performs its northward migration in spring on the back of the Canada goose. These geese reach Hudson Bay about the last of April, and the Indians state that when they are fired at little birds are seen flying away from them.

An Indian had been out hunting all day. His arrows had never come back ; they brought him nothing ; he was tired and hungry; he had no more arrows. Just then he came to a lake on which many wild geese were swimming, and he wanted some meat. He would have it. He saw some young saplings growing at the foot of a basswood tree. He tore off long strips of bark from these and then dived into the lake under the geese where he saw hundreds of their feet. He tied many of their feet together, and then fastened them to his belt.
The geese began to scream, and the flock rose from the water. He had tied six geese to his belt; they were strong, and the geese lifted the hunter out of the water and flew with him to the flock. He cut three geese loose; the other three broke the strings which tied them. The Indian dropped down, down, into a tall hollow stump. He was hungry, but he went to sleep. After two days he heard squaws trying to cut down the stump ; they ran away when he called to them. The Indian men came and found him; they got him out and gave him food.

The Indians gave him arrows and he made himself a new bow ; these he took and went on a long hunt. lie came to a place where there were many deer, and he had much meat and many deerskins. The hunter remembered how the geese had carried him in the air. He made wings of the deerskins; he learned how to fly with the wings, for the birds taught him.
The hunter was very far from his tribe. It was a long trail to his village. He said to the birds that he would fly to his tribe, and he did. When it was night he slept in the trees ; when it was day the hunter flew until he was hungry, then he stopped and found some- thing to eat. He reached his village; his tribe saw him and thought a spirit had come. They called a great council, and the hunter told his story; then he burned his wings. No other Indian was ever seen to fly in the air. 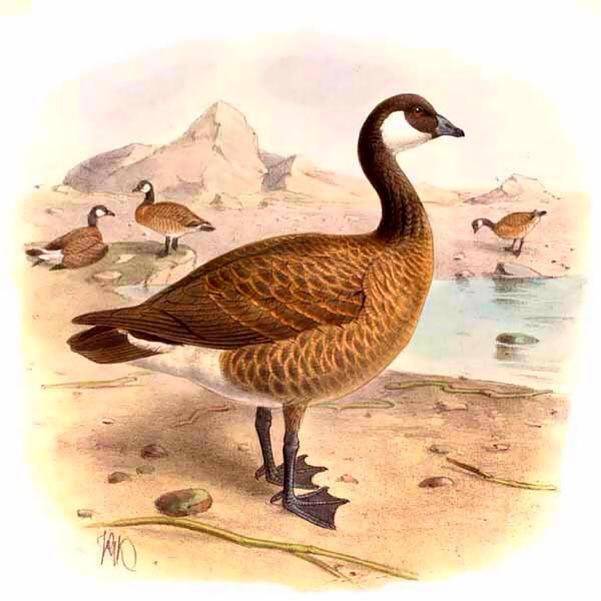