Blakiston’s Fish Owl (Ketupa blakistoni) is one of the most important gods of the native Ainu people of Hokkaidu, in Japan. It is called “kotan kor kamuy”, which means the “god of the village” or “god who defends the village”. The next story stems from the Ainu.
The tortoise in the sea and the owl on land were very intimate. The tortoise spoke thus: Your child is a boy. My child is a girl. So it will be good for us to unite them in marriage. If I send into the river the fish that there are in the sea your son and my daughter, being both of them enabled to eat fish, will possess the world. Thus spoke the tortoise. The owl was greatly obliged. For this reason, the child of the tortoise and the child of the owl became. husband and wife. For this reason, the owl, without the least hesitation, eats every fish that comes into the river. 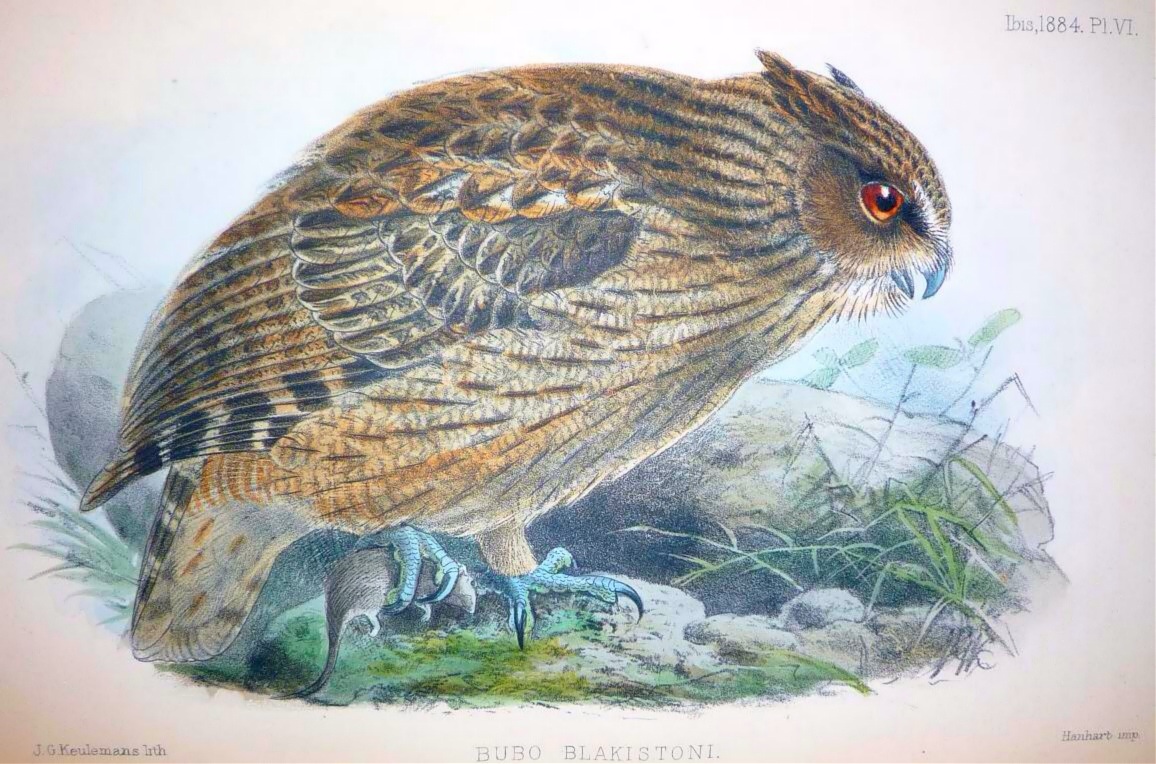