The belief of the hill-tribes in north-eastern India, the natives of Furredpore in eastern Bengal say that whenever this bird descends to the water’s edge for a drink it holds a twig in its claws ; it prides itself on living altogether on trees, and in order that it may not be accused of perching on the ground when it descends to drink, thus brings down with it a twig to stand on. 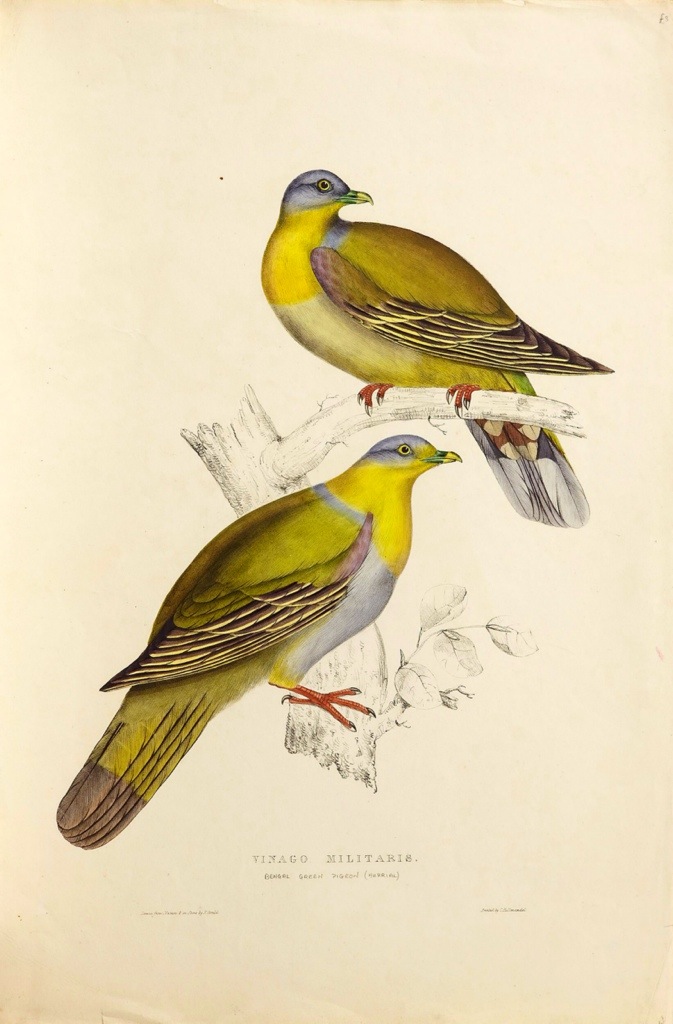