The Mbuti tribe believes that if a pregnant woman or her husband eat this bird, a baby with an extraordinary large head may be born to them.

The Tembo tribe of the Congo consider the species as a cure. Its feathers and claws are used to cure benign epilepsy. For the medical treatment, feathers and claws of this bird are burnt and inhaled by the patient. Only old people can eat it. Also this bird makes noise while flying, like the wind. It sometimes carries away two-to three-year-old infants of goat, monkey, or hare.

The Zulu in South Africa believe that when creation began, when the tree of life produced living things, the first bird to fall off the tree of life, was the Ingonghulu, the Bateleur. To signal the birth of creation, the Ingonghulu extended her wings and beat them, GHU-GHU-GHU, and creation was announced. You were not allowed to kill this bird. It enjoyed the direct protection of the king of the Zulus. You were not allowed to harm this bird of victory. If it arrived in your area, it was immediately announced to the king that an Ingonghulu is nesting in such and such a place, and the king used to come there with his people and conduct a sacred ceremony there, to which no ordinary people were invited. 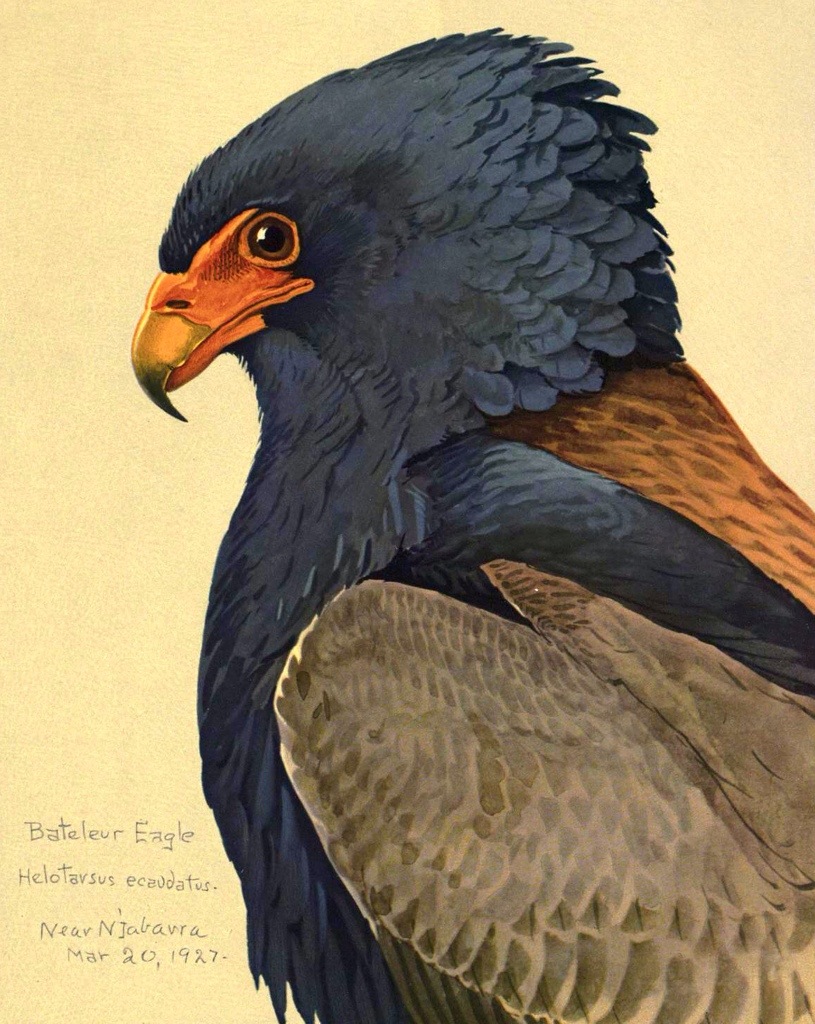