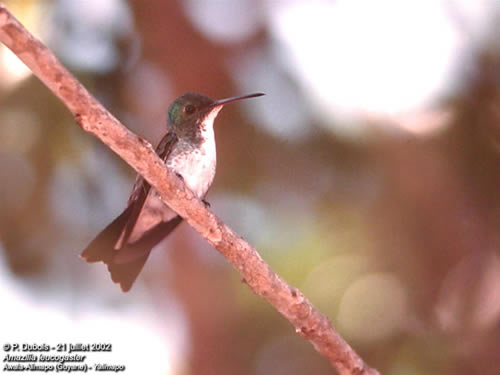 It is found in Brazil, French Guiana, Guyana, Suriname, and Venezuela mostly at sea level.

The nest is a small cup built on a horizontal branch made of plant wool and leaves. It is mostly built low above water. Clutch size is 2 eggs incubated by female lasting 20-25 days.