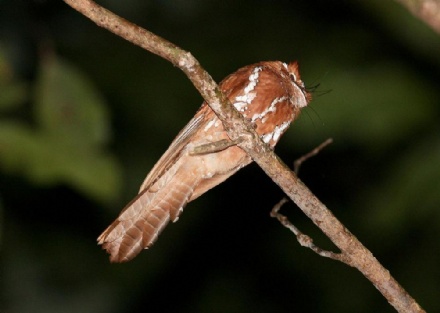 Australasia : Eastcentral New Guinea. Aegotheles tatei of Papua New Guinea is known from four museum specimens and two field reports. Two specimens were taken in 1936 from Palmer Junction close to the Indonesian border, one in 1969 from Nunumai in the far south-east, one unlabelled from the 1920s. One was sighted in 1962 at Brown River west of Nunumai

All records are from lowland riverine rainforest at 30-80 m close to hills.

The diet includes insects such as spiders and millipedes.

The global population size has not been quantified, but the species is described as possibly fairly common, although little known