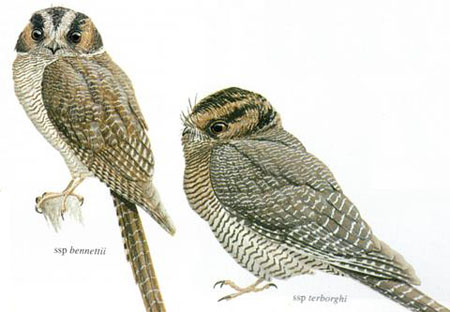 Upperparts are dark brown to blackish with narrow light lines; underparts are pale gray to whitish buff with broad bars and spots. Sexes are similar.

Lowland forests and edges up to 1000m